Skip to content
Roast duck, braised duck, the most common duck dishes of all that is widely available, but I have never yet heard of herbal duck when my friend actually recommended me to try it! 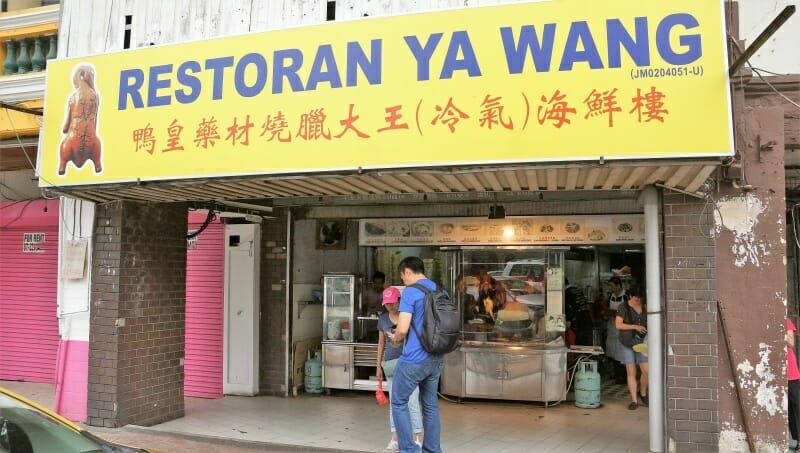 Uniquely available abroad only in Johor Bahru, I was overjoyed to be in for a scrumptious treat when it is just a border across.​Located at Jalan Segget, this eye-opening eatery by the name of “Restoran Ya Wang”, is the absolute reason for travelling down as it also offers a huge extensive varieties of food selection! ​

Serving as a Chinese restaurant, its speciality duck dishes are the key highlight on the menu that range from all the various kinds that you can possibly think of!

It also offers chicken, pork, seafood & vegetable dishes that are essential to that of a high end restaurant!

I was blown away by its phenomenon history of having established over 20 years, while being the consultant for Singapore’s renowned Dian Xiao Er restaurant!

​I took a google search with regards to Dian Xiao Er  restaurant’s menu, to have discovered that they are also selling the exact same herbal duck dish! It is thus no surprise that newspaper articles of its achievements, could be seen hanging up in the restaurant itself!

“Restoran Ya Wang” is now currently running another outlet that is near Taman Sentosa which could be seen by identifying from the large iconic roast duck that is hanging out from the facade of the building!

​
Unfortunately, do not expect to be chancing upon the similar sight at its main original outlet due to recent changes!

Having to cope with the poor economy growth, what I really love indulging over here, would be the innovative idea of coming up with attractive and affordable food pricing for its special food menu packages!

​This indeed makes family gathering a practical one to indulge over here, thus maintaining a win-win situation of drawing in more customers! 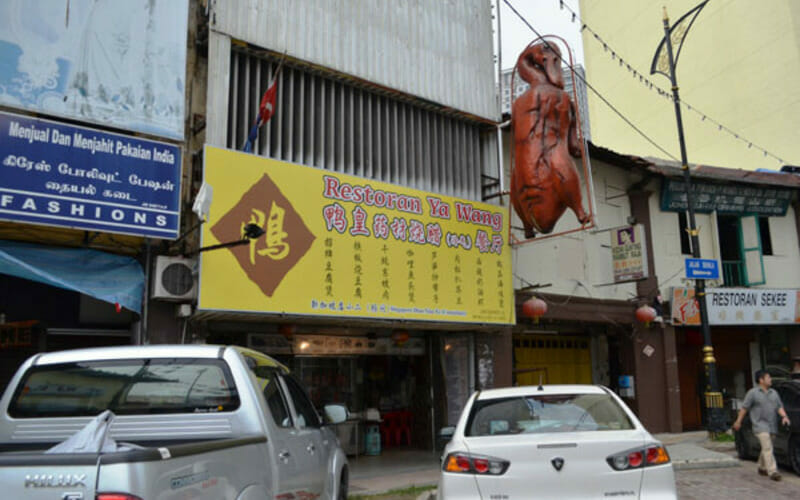 I was awed by the plate of herbal roast duck that had came serving in a gravy mixture!

It was not a soup dish nor a dry dish which I initially expected it so, had turned out to be unexpectedly amazing!

The roast duck has a significant bright roasted brown in colour that appetize anyone on the very first sight.

The meat is absolutely tender and juicy which is so well flavoured from the gravy that it is “sitting” in!

​
I could not forget how scrumptiously good that gravy was, which is prepared from the secret recipe of using the ten Chinese herbs, to produce such aromatic fragrance. The gravy had also reminded me of the similar taste that is found in a steamed frog leg dish! The fusion of the roasted flavour that is build together with the herbal essence, brings out a whole new level of paradise that leaves me feeling all satisfied & mouth-watering with every bite!

We also ordered a plate of Chinese kai lan which is definitely one of the most outstanding vegetables dishes that I had tasted!

It was cooked in a large blazing heat, diminishing the pure green vegetable taste completely, making it so delightful especially for those who are not too fond of eating vegetables!

​It was indeed very fresh & tasty that had contained largely on the garlic fragrance that was prepared with oyster sauce. 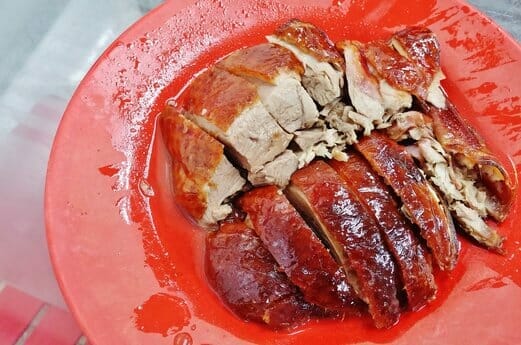 ​
I had totally enjoyed every bite of the vegetable to go alongside with their fragrant sambal chilli to elevates the scrumptiousness! ​

On the other hand, if you are a claypot lover like I do, you would totally enjoy their bowl of claypot beancurd!

It was served in a good gravy portion that consisted an assortment of vegetable & seafood ingredients!

​
​The beancurd has that nice & soft layer of golden crust skin on the outside that contained the sweetness of fried tofu essence!

​I personally had enjoyed myself over the seafood ingredients which I had to emphasised on the freshness & quality of it! The seafood squid ingredient was notably to be so chewy that I could not contained my excitement while indulging with every bite of that tastiness.

To wrap it up, the other few dishes were totally as promising as its herbal roast duck dish which had turned out to be!

Their signature herbal roast duck had left me a very deep impression by that unique taste of scrumptiousness!

It was something that I certainly had not tasted before which is build together by using the herbal technique!

I am not too much a big fan for duck meat as in most cases, it had turned out to bearing that distinctive duck odour when the culinary technique is not properly executed! Nonetheless, this dish has completely none of it which is definitely a big thumbs up! The other dishes on the menu were worth mentioning that are equally hearty and delightful, making it a good opportunity to indulge in the overall goodness which is certainly for sure to satisfy each and everybody’s tastebuds!