I don’t usually have a crush for dessert kind of food stuff as I am not a really big fan of it, but if there really is at least one kind that I had preferred, it would definitely have to be Singapore one of uniquely kind of dessert known as Ice Kachang (shaved ice with various sweet colouring flavour & fruits)!

Most Ice Kachang that are commonly seen or tasted in Singapore, are those that contain a more solid shaved ice “structure” which tends to have a coarser like texture. 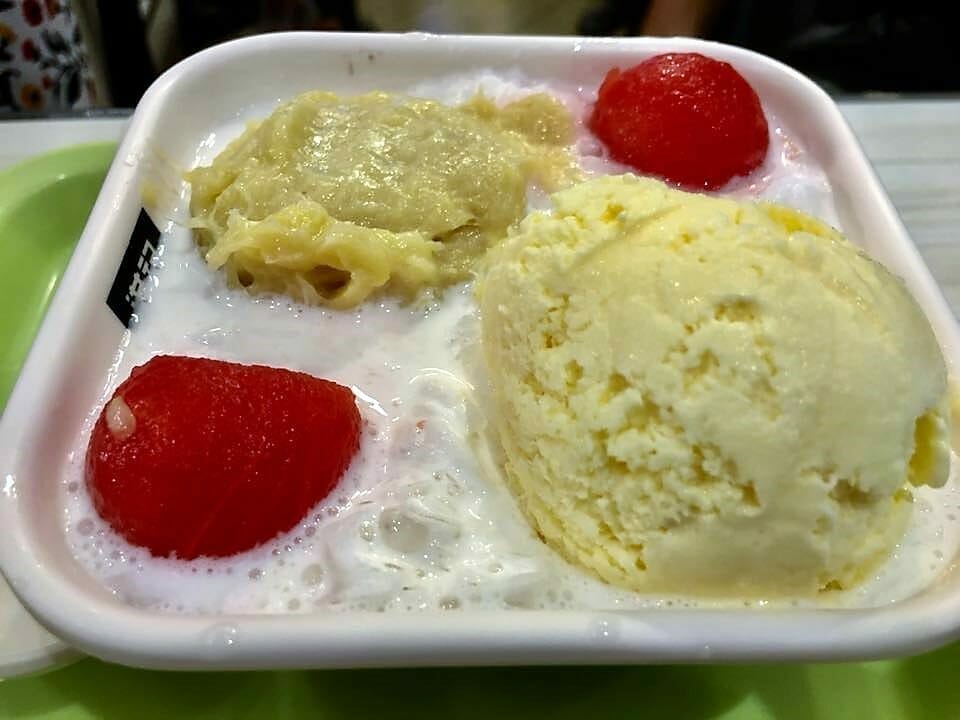 As for today highlight, it would definitely be this particular desert stall that is located in Berseh Food Centre, selling a rather completely re-defined Ice Kachang dish! Instead of the common coarse like texture of the ice shaving itself, this stall had produced a ice texture which is so finely shaved to the point that its ice shaving had almost liquified!

This dessert stall has an extensive range of dessert menu that range from hot and cold where it was largely famous for its Ice Kachang that came along in different flavours!

​Every bowl of Ice Kachang was churn using their special ice shaving machine that contained a much razor-sharp blade, to produced such finely shaved ice!

The bowls are first prepared by filling it with various ingredients that consists of red beans, agar-agar & atap seed, before placing it under the ice shaving machine to churn out the ice over it like a “ice-mountain structure”.

It was lastly then top over with some condensed milk & numerous food colourings to enhance the appearance, followed by a sweet paradise of corn kernels at the top to create this perfect dish!

Coconut & Original Ice Kachang!
Upon reaching out with your spoon to indulge in the coldness, one would definitely be surprised by how soft & delicate the texture was, which the ice shavings itself, could be so easily scoop up onto the spoon! 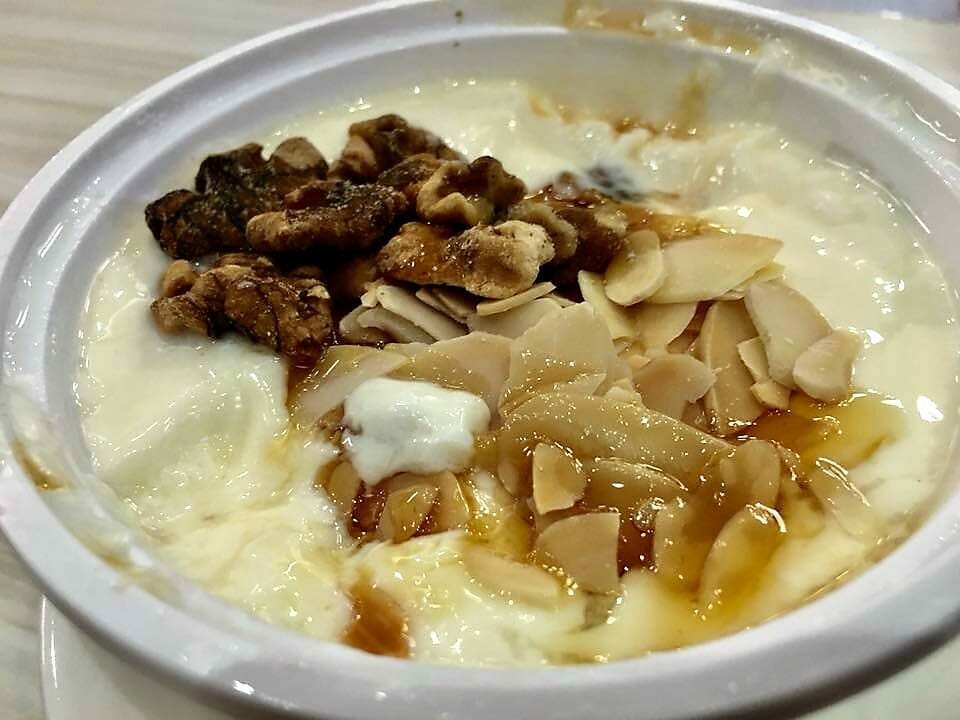 The ice shavings had tasted more like liquid than solid which was coated with condensed milk & food colouring, had produced a creamy texture that melts in your mouth with every bite!​It just felt more like eating ice cream then to really feel that you are chewing on ice, making this dish an ultimate sensation of paradise to savour especially on a hot sunny afternoon!

I really love the topping of Corn kernels at the top of the Ice Kachang as it provide such a sweet taste to kick-start the overall delight!

​The whole Ice Kachang experience does not just stop here, but instead when one would have “reached” the bottom.

As mentioned from above (the ingredients that were added into the bowl just before the ice were churn over onto it), this is the time to definitely indulge over those ingredients!

The red beans were very sweet in taste while the agar-agar on the other hand had helped to provide a good chewing experience from its soft jelly like texture! Not forgetting the “star” ingredient that consist of only two in quantity, were its atap seed!

​The atap seed had resembles like the lychee fruit in terms of appearance, was rather sweet & fresh that had provided a refreshing taste of indulgence over the juicy fruit!

Ice Kachang in the making!
​All in all, the satisfaction feeling of indulging over such delicate dessert dish, had left me craving for it so badly especially on a hot afternoon! The fact that this stall sells a rather extraordinary kind of Ice Kachang that has a much finer ice shavings, was the key highlight & definite must to visit! Be sure not to miss out on this extraordinary dessert dish when you are here at Berseh Food Centre in Singapore!
Berseh’s Dessert Paradise 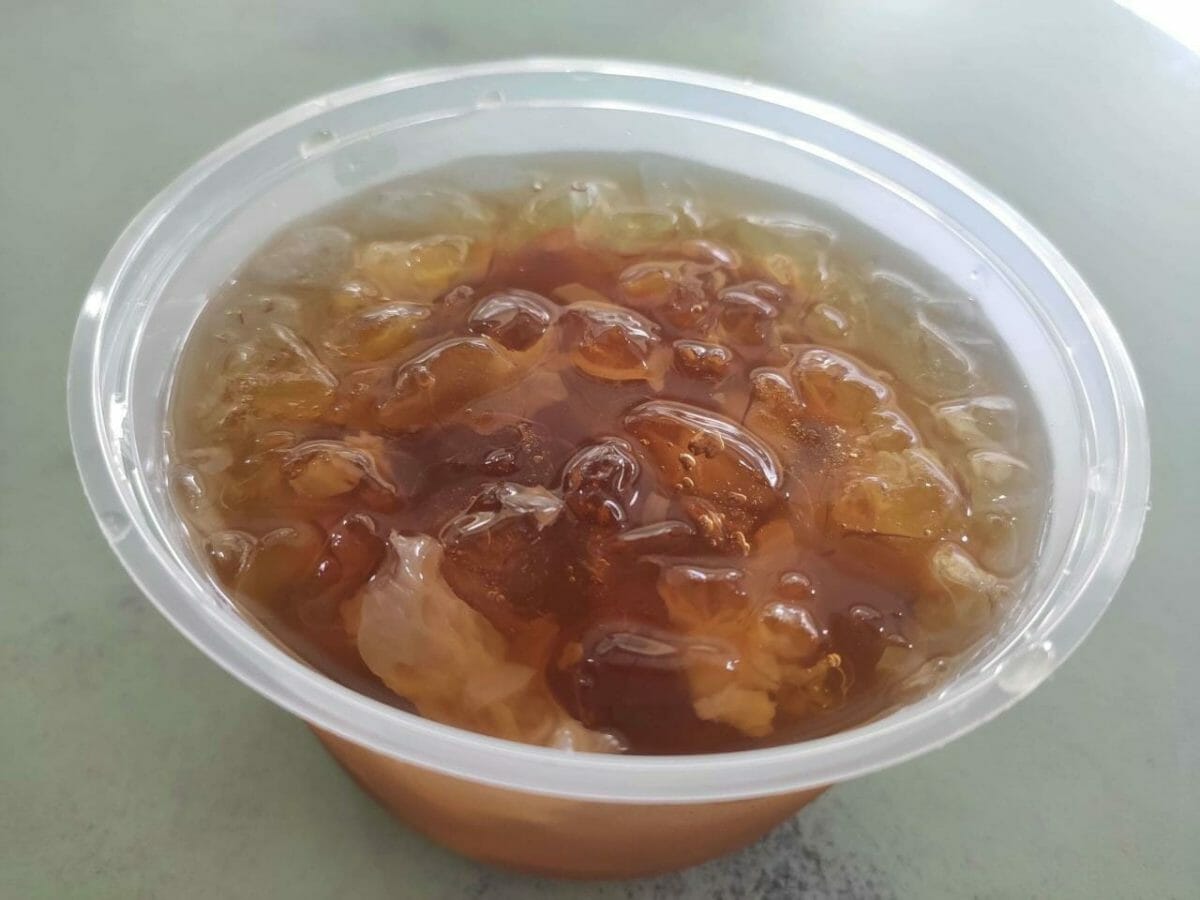