Whenever someone told me that I am missing out on a plate of Hainanese Chicken rice which is regarded as the better one when compared to my ultimate recommendation for this dish, I would certainly be more than ever keen to check it out for myself.

Being a fanatic of Singapore most iconic dish, it was a calling by one of my fellow friends whom may have possibly found the best of its kind that is offered by Golden Mile Thien Kee Steamboat Restaurant. 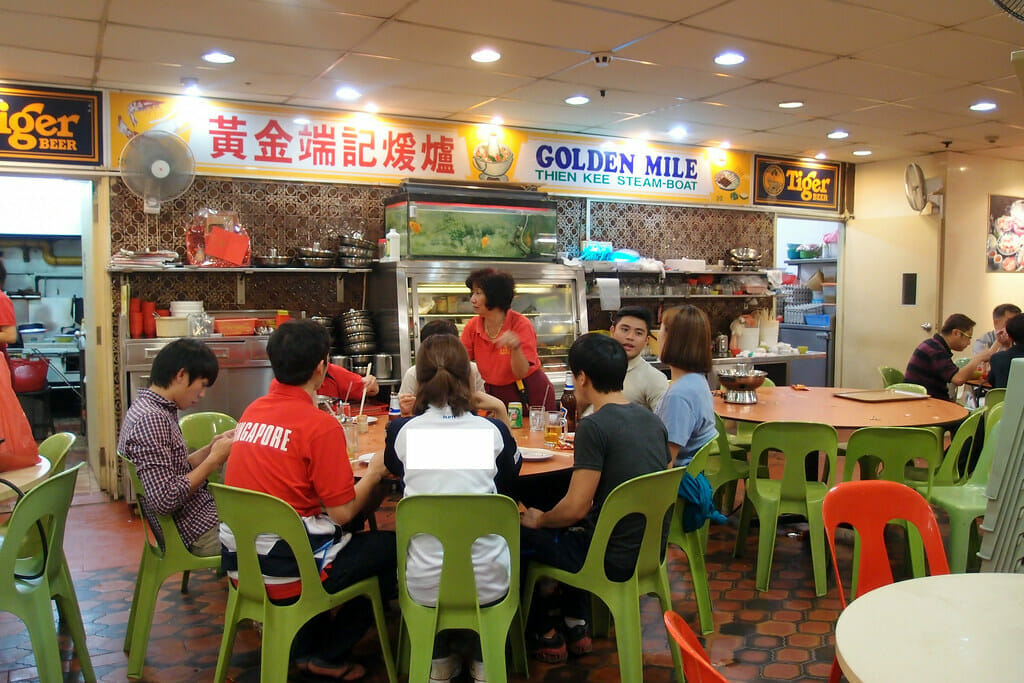 ​
​I have checked out several reviews on its establishment to have amazingly discovered that it is actually a traditional Hainanese restaurant which further validates its credential of justifying a visit. With the countless disappointments that I had already encountered for a worthy plate of Hainanese Chicken rice, I was definitely not easily swayed by words.

Just like most Singaporeans who would have clearly expected the area of Golden Mile to be one that is renowned for the influx of Thai culture, it was definitely unexpected to have chanced upon this eatery if it wasn’t because of someone’s recommendation.

Nestled in the basement corner of Golden Mile Tower, the entire deco of the restaurant has greeted me with a sense of nostalgia as it reminded me of the 90s.

​
​As the name of the restaurant suggests, it serves up their speciality steamboat & various main dishes that reside towards the Hainanese culture. I was getting myself immersed within the cozy environment while browsing thru their food menu to place my order, but sadly to say that they could have been more upfront enough in displaying the actual pricing for each dishes.

To be honest, this is my first time indulging in a Hainanese Steamboat dish & I was kind of expecting to gain a valuable takeaway pertaining to the main difference when compared to a typical Chinese steamboat. Similar to most steamboat concept except for the buffet ones, you are charged accordingly based on the number of standard ingredient sets that you would like to order, where each set comes included with a total of 12 different ingredients.

​The 2 standard ingredient sets that we have ordered were slightly on the higher pricing side, while taking into account on the overall quantity portion that were given. 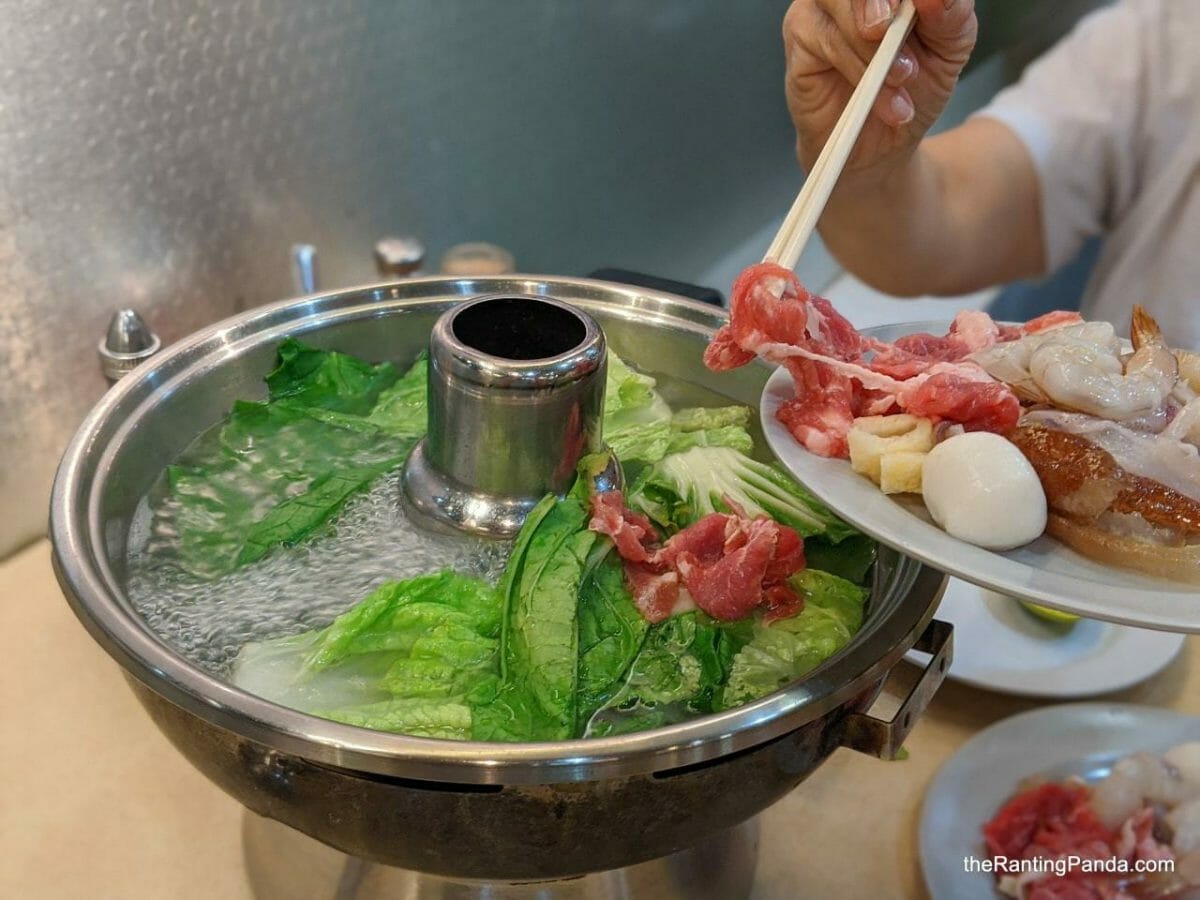 ​
Despite that, the ingredients are generally fresh as a whole that have complemented well with the soothingness yet mild-balanced taste of chicken stock broth.

The external small kitchen that is located at the middle of the restaurant has definitely caught my attention with the glorious sight of Hainanese Chicken that can be seen hanging neatly in the display cabinet.

Immediately, it has definitely passed my first impression of this dish which warrants me to order their whole chicken portion that is served onto two magnificent plates.

​
The chicken is indeed moist & tender that is well flavoured with light soy sauce added. Hence, it may have produced an appetising bite, but it is leaning towards the oiliness side. On the other hand, I am delightfully pleased with the quality of its rice as it is not too oily, while yet being so fluffy & fragrant at the same time. It is certainly one of the best bowls of rice that I have tasted for this dish which is flavoured with a rich amount of garlic & chicken stock. 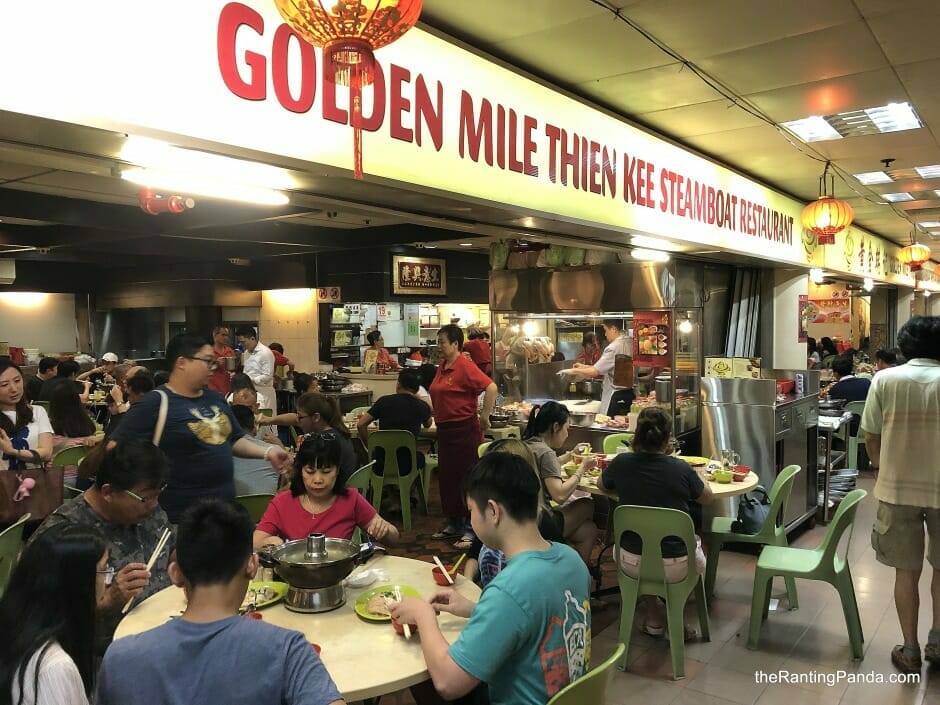 Another top recommended dish – Hainanese Pork Chop – which is brought up by most reviews, it is one that is simply a must to order.

This dish is totally like an addiction which I could not get over with the crisp slices of pork that is prepared in a sweet & sour tomato sauce.

The flavour of the sauce is not too overwhelming which goes effortlessly well with the combination of fried pork chop.

​
​It is a dish that is not surprisingly oily while providing its own unique flavour & fragrance in catering to the entire meal experience. I would strongly recommend this dish as both an appetiser or an addition to your other mains as it would leave you craving for more on each subsequent bite. ​

​In conclusion, Golden Mile Thien Kee Steamboat Restaurant does offers a splendid Hainanese cuisine especially for both of its Hainanese Chicken rice & Hainanese Pork Chop.
​
The Hainanese Steamboat dish is still fairly decent as a whole that allow diners to fully appreciate the fresh quality of the ingredients that are cooked with the mild-balanced taste of chicken stock broth.Although personally for myself when it comes to Hainanese Chicken rice, I would definitely prefer the pure simplicity ones that are not added with any soy sauce. However, this dish still fairs greatly on its own which I would not hesitate to recommend. On flip side, the slightly higher pricing for the Hainanese Steamboat’s standard ingredient set does needs to be justified further for its quantity portion.
Golden Mile Thien Kee Steamboat Restaurant (黄金端记)