Having nominated as the top ten best fried kway teow dish, or in fact being famously known as the number one by locals in Singapore, “Hill Street Fried Kway Teow” dominates with a dish that is truly remarkable!

I could still remember at countless time when I was craving for a plate of fried kway teow dish, I would be kept telling myself that on someday, I certainly need to make a trip down to get a first hand perspective of this goodness! 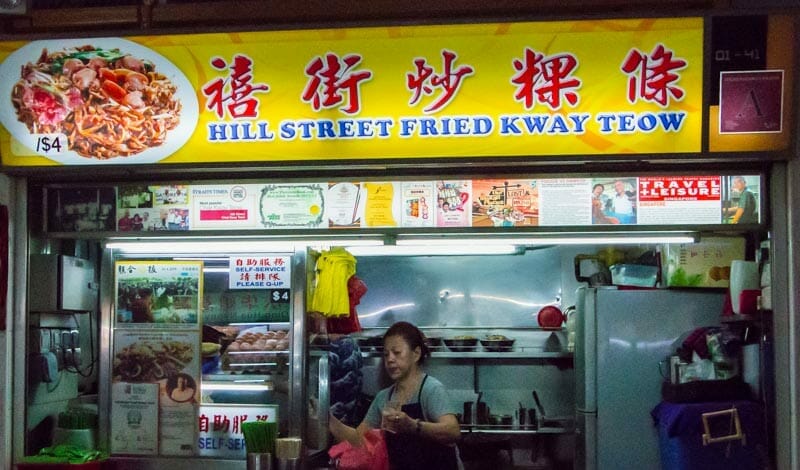 ​Having located in the east region of Singapore, “Pasar 16 @Bedok” is this food centre that is no stranger to this outstanding stall that whips up this mind-blowing dish!

I was here during early lunch hours to have already found myself joining in a line of queue that is filled with the local people who came from all parts of Singapore to indulge in this dish!“Hill Street Fried Kway Teow” is a reputation that has being pass down from past generations that bears the culinary skills of involving a two cycle of stir-frying!

​
The first cycle would involve by adding in a large potion of kway teow noodles into the wok that is stir-fried with some light soy sauce, followed by transferring over into numerous bowls. It is then subsequently divided individually into smaller portions to stir-fried for the second time that is added with dark soy sauce & main ingredients!

It took about 20 mins to get my hands on the fresh goodness where it contained a generous amount of ingredients such as egg, beansprouts, spring onion, yellow noodles, seafood cockles, Chinese chives & my favourite Chinese sausages!

There were also special ingredient of lard crackling added which should not be missed out on, adding into the wide spectrum of irresistible flavours in this dish! 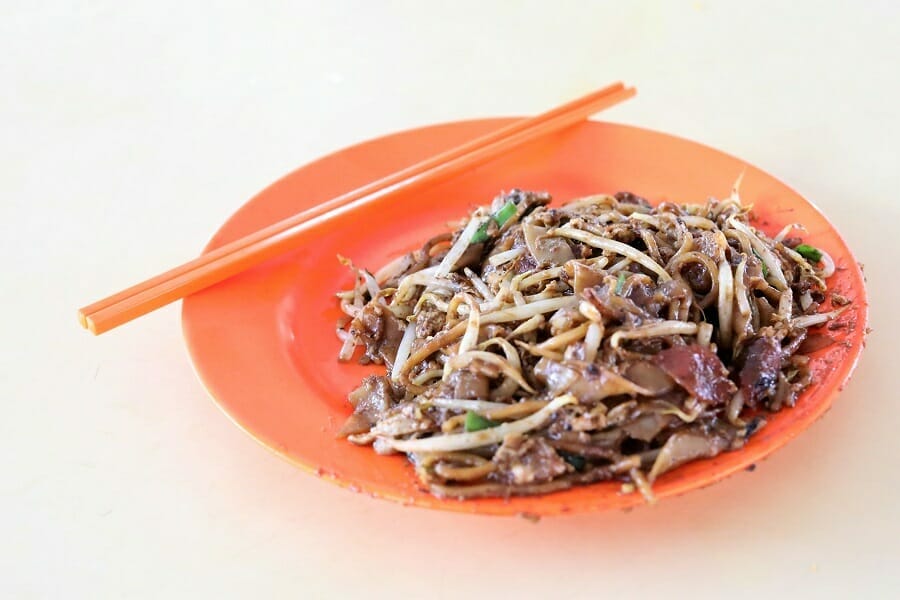 ​
The entire plate was filled with aromatic wok fragrance that contains a beautiful dark brown in colour from the hint of dark soya sauce. It is one of those kind of food dishes where it is just too pleasantly good looking to admire while constantly hesitating to start digging in!

Immediately what stood out upon having my first bite, were the taste of sweet fragrance from the dark soya sauce that was added!

There were an adequate amount of moisture that came along with the kway teow, eliminating the typical dryness that is commonly found in most stir-fried dishes.

The kway teow texture was definitely to my liking as it contained a delicate spongy texture that has fully absorbed the richness of the dark soy sauce, making it a superb enjoyable dish to savour!

For my order, i specifically requested mine to be added with some sambal chilli, where it certainly blew me away by that fusion of amazement from both the sweetness of the dark soy sauce & spiciness of the sambal chilli that is trying to dominate over one another!

The overall taste till far was considered beyond excellent where mentioning about the assortment of ingredients that were included with this dish, were really much considered as an additional bonus that brings the dish to a whole new level! 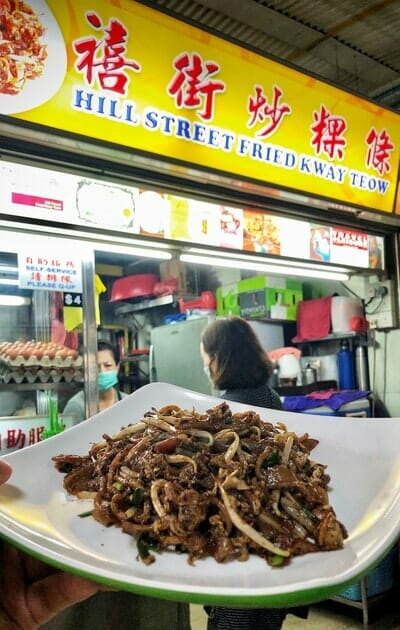 I really had to commend on the generous amount of ingredients that came along with the affordable price, making it extremely value for money!

​
In particular, the ingredients such as the eggs were well prepared to elevate that fresh eggy flavour to the dish, as well as the seafood cockles that were extremely fresh & also my favourite Chinese sausages that had carried the bite size of sweetness!

​To sum things up, “Hill Street Fried Kway Teow” is definitely & will be one of my best recommendation for a deserving plate of fried kway teow dish!

Finally for now, I am satisfied to have conquer this outstanding gem which really lives up to its name!

With such a scrumptious dish offered, I definitely could not resist finishing up the entire plate of goodness within minutes!

​
​This is the kind of dish that you really want to cherish upon each bite while constantly be amazed by its charm. 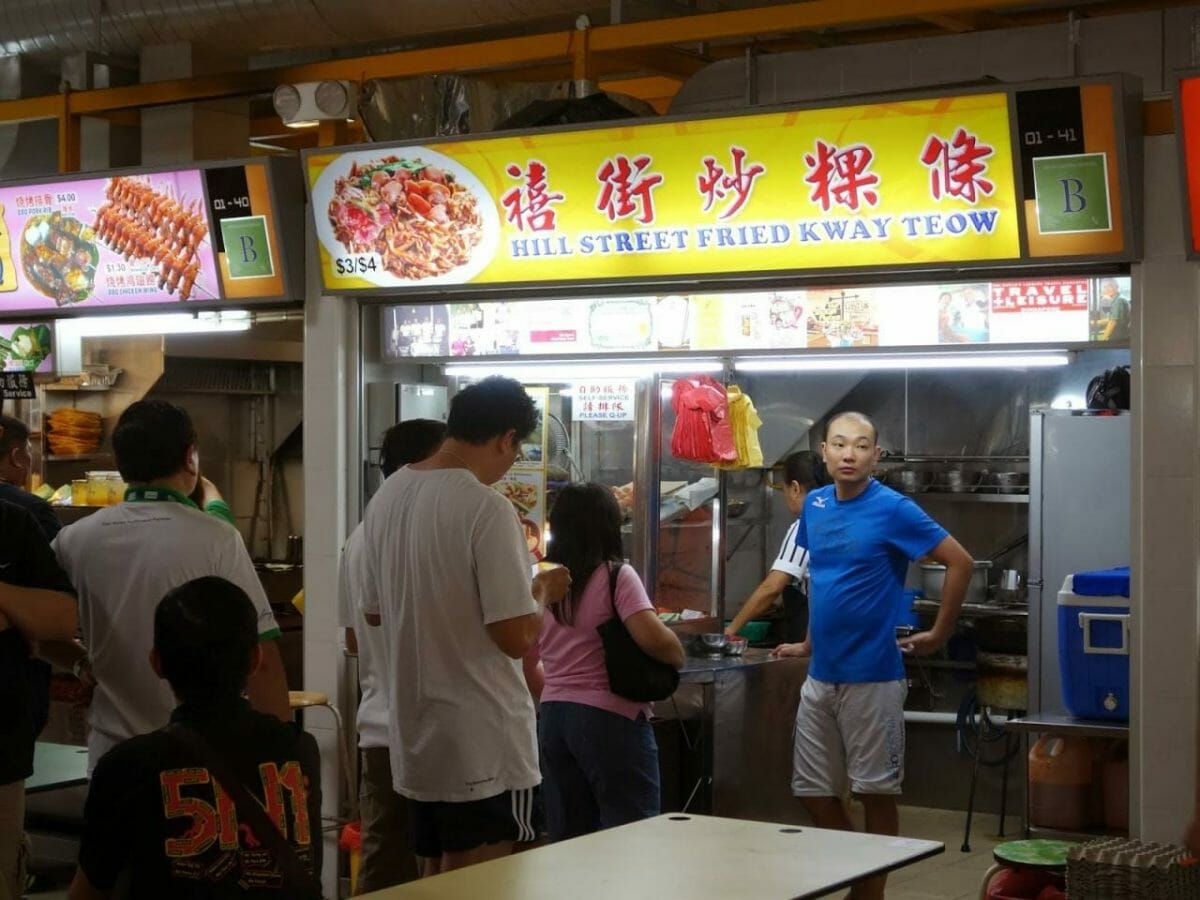