If you are familiar with some of the “must-try” food dishes at Amoy Street Food Centre, you would certainly know that this place is also famous for having its sliced fish soup dish that can be seen competitively selling by the numerous well-known stalls.

I have tried a couple of different stalls here, which all of it offers a version that is more towards the plain side instead of the flavourful ones, until when I stumbled across this stall by the name of “Piao Ji Fish Porridge”!

​Despite visiting this stall after lunch hours, I was surprised to have still come across a line of people queuing up for it.

Having won numerous food critics awards & publicised in various newspaper articles, it has also became quite a big controversial debate between who’s the best that sells this sliced fish soup dish better!

I feels that this question is really dependent on individual preferences, where today’s visit is certainly one way to find out for myself.

​I was also amazed to have learned from one of the loyal customers queuing in front of me, whom told me that this stall has been running for several generations!

“Piao Ji Fish Porridge” offers a couple of dish combinations where their signature Fish & Prawn Soup were sadly sold out for the day!

The prices for the different dishes were definitely on the high pricey side, which really shocked me when I was about to order.

I was in a state of shock that I eventually settled down with the small size of their sliced fish soup that cost me at a price of $7.

​Not to mention, this is just the entry price to the very basic dish & size portion on their menu, where it could go up to $15 per bowl for the larger size! It was definitely a huge leap for me as for that same amount of price that I am paying for, I could easily get the largest size outside, while still receiving additional change for my order! I really could not wait to uncover this dish, to determine if it was worth justifiable for that price!

My bowl of Sliced Fish Soup came serving in a hot portion, containing a well flavoured taste of crispy shallot & fried garlic essence for the broth!

It was really appetising on the first spoon, where you can also taste the sweet & fragrant smell of green leafy vegetable, which had added a delightful flavour!

Notably, I also discovered that they had added some salted vegetables into the broth as well, to create an overall richness to the dish.

​Unlike other stalls that are selling the same dish over here at this food centre, I was glad to have discover its differences, whereby it offers the flavourful version instead.

The entire dish had kick started the meal well with that tasty broth, following on next with the main highlight ingredient that is their sliced fish meat!

Immediately, that absolute mind blowing moment happened when my mouth came into contact with that fish meat which was so perfectly prepared!

The meat is unbelievably fresh that is extremely delicate & soft in texture, was easily the most tastiest piece of sliced fish meat that I had ever tasted so far!

​The meat had totally absorb the flavour of that broth, making it the ultimate combination to go together with a bowl of rice to satisfy both your palate and tummy!

To sum it up, I could not have stressed by how satisfying I am with every bite of the sliced fish meat, which was one of the most unforgettable moment that fully justifies for the price that you are paying for!

I would totally recommend it although it is slightly on the high pricey side, but it is definitely a good choice to indulge over it occasionally!

​It’s an extreme must to check out this outstanding stall at Amoy Street Food Centre if you are into such scrumptious dish! 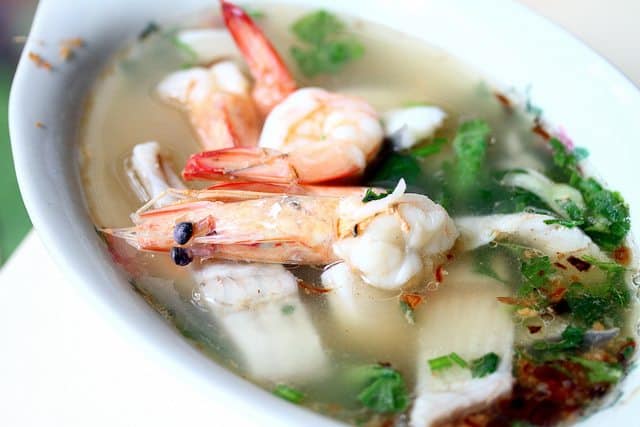 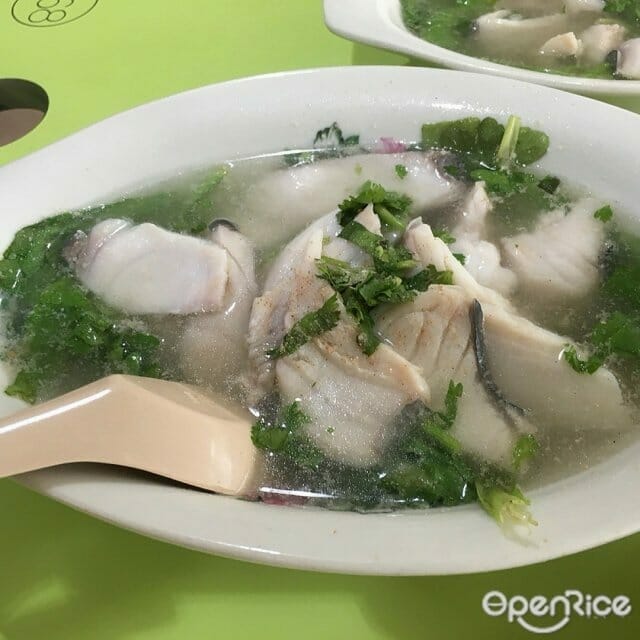 We arrived in the middle of the afternoon to catch the first queue for Piao Ji Fish Porridge. We waited for about 35 minutes to get in. While in the queue, we were able to clear our emails and pay our bills. The foot traffic was light, as most stalls were closed. However, the wait was well worth it. We were rewarded with piping hot bowls of noodle soup!

The basic Piao Ji fish soup has many ingredients, including fresh pomfret, and it is one of the most popular options at the stall. Other ingredients include fermented beans, pickled ginger, and pork lard. This is a fish soup that should be tried if you love seafood. For a non-spicy soup, try the pomfret. There are many other fish soup options to choose from, but we recommend the pomfret.

This soup is a staple of the Amoy Street Food Centre. One of two stalls, Piao Ji and Han Kee, both feature fresh fish, and you can expect to wait in a long queue. You can order a bowl of Piao Ji fish soup with or without rice. The broth is made from fish, vegetables, and rice, and is rich with pork lard. A side dish, Piao Ji fish porridge, is also a great choice for lunch. 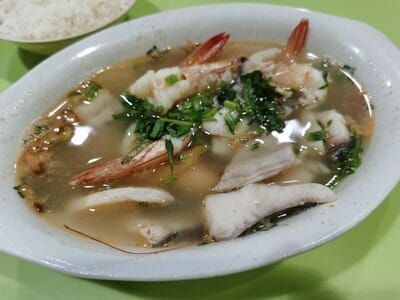 If you’re in the mood for some Cantonese seafood, head over to Piao Ji for its signature pomfret soup with fresh prawns. Other fish soup options include mackerel and batang. The fish soup at Piao Ji is richer and more expensive than most others. It is definitely worth a try, so make sure you try it!

Another popular soup dish in Chinatown is Piao Ji. It’s a delicious combination of pomfret fish and sliced fish. The broth is infused with a sweet fishy flavor that makes it a crowd-pleaser. At this place, you’ll also find generous amounts of vegetables and milk. If you’re on a budget, however, try a bowl of Han Kee Fish Soup. The broth is a little sweeter and has a slightly coriander taste.

Queuing for Piao Ji Fish Porridge is an experience in itself. You’ll find that the food is excellent, but the queues for the famous soup are often unbearably long. In the lunch hour, the lines are endless, and you may even find yourself in the queue for 30 minutes. You’ll be glad you got there early. But if you don’t want to wait that long, you can try some other options.

The queue for Piao Ji Fish Porridge doesn’t really end until after 2.30pm. It’s definitely worth the wait, but be prepared to wait for several hours. The soup is good, but you have to be patient – or else, you’ll be disappointed. It’s best to wait until 2pm to be able to taste the broth and get some food. But don’t worry, the wait is worth it if you’re looking for a cheap lunch or a late dinner.

For the first time, I tried overcooked Piao Ji fish soup at a hawker stall in Hong Kong. This is definitely not a good choice for a healthy meal. While the fish is fresh, the broth is laden with fried pork fats, making the dish more of a guilty pleasure than a health food. While the soup is still a tasty option, you may be concerned about the price.

Overcooked Piao Ji fish soup is an overcooked version of the original dish. While it does not taste the same, this version is incredibly tasty. The broth is clean and flavourful, and the fish is fresh. Another popular dish is the Pomfret and Fresh Prawn Soup, which uses a fresh fish in the broth. There are also several other options on the menu, such as chili soup made with fermented beans and pickled ginger.

If you’re hungry, try some Piao Ji Fish Porridge Prawner soup at this famous Shanghai restaurant. The pomfret fish and prawns are fresh, and the broth is spicy. There’s a long queue when this restaurant is busy. Order it for lunch or dinner, and expect to wait a while. For a special treat, try a bowl of the fish head soup for $10!

The price range is reasonable at this Cantonese restaurant, with many menu options for less than S$10. The cheapest option is the Fish and Prawn Soup, which costs S$10. The soups are so good, you’ll be coming back for more. And the portions are generous. If you’re hungry, you’ll be able to share one of the many bowls of delicious soup with your friends.