You may have tasted before this household’s favourite dish that is served in a soup variation, but you certainly would not have expected its possibilities on the flip side. 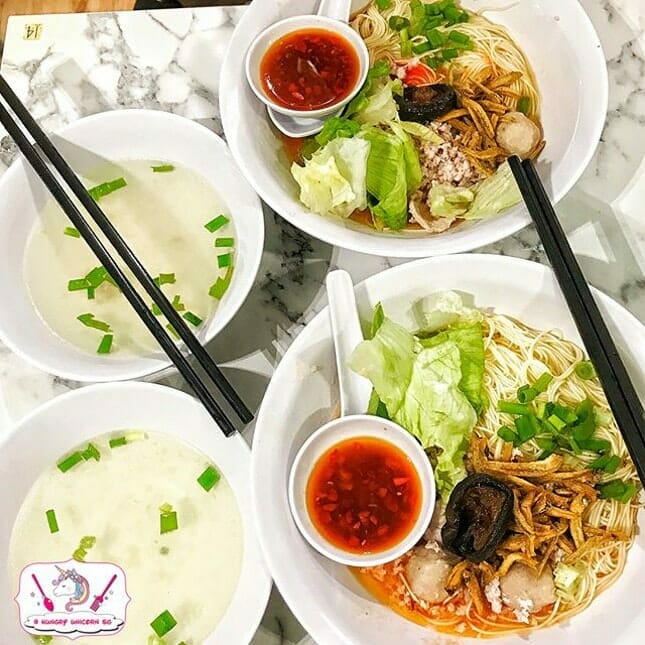 Known as the dish, mee sua (Chinese vermicelli), it is a comforting bowl of soup noodle dish that is known for its extremely soft, delicate texture.

​Hence given the limitation of its texture, it is almost impossible to explore other possibilities such as the dry variation that can be implemented with other types of noodles. However, one such eatery stall by the name of Yan Kee Noodle House, managed to pull it off with their speciality dry mee sua dish!
Picture
Operating 24/7 round the clock, it is a frequent haunt by both white-collars & drinkers who are seeking for a late night supper place in the central business district. It was definitely my first time trying out a revolutionize yet so familiar dish that I am totally excited by what is coming in my way.

​For those like myself whom had attempted in cooking a bowl of mee sua at home, you would totally understand the struggle of perfecting the right texture which is less to even said for the dry variation. 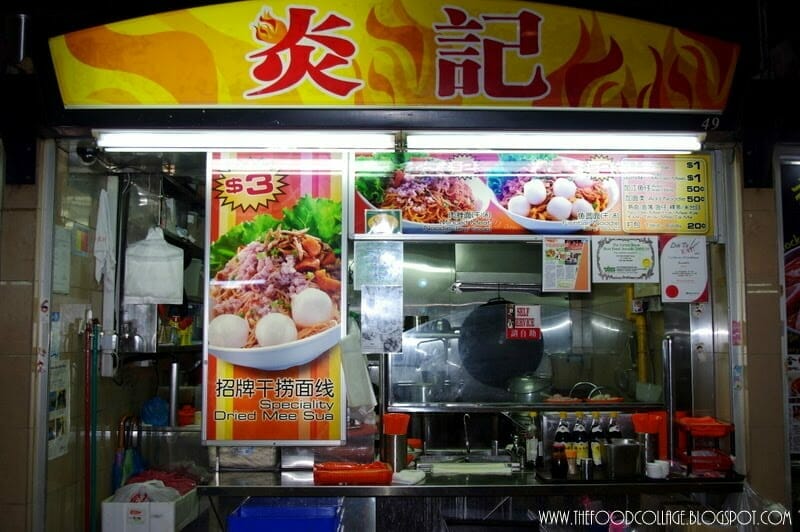 At Yan Kee Noodle House, they offer a few noodle dishes but their speciality dry mee sua is the main differentiating dish that stands apart from the rest.
Picture
Being a noodle lover whom has greatly enjoyed the fine texture, the mee sua has a slight resemblance of that to a Japanese soba noodle, except for its thinner strand. It has a very minimal gooey texture after absorbing the richness of the sauce to provide a delightful sensation. 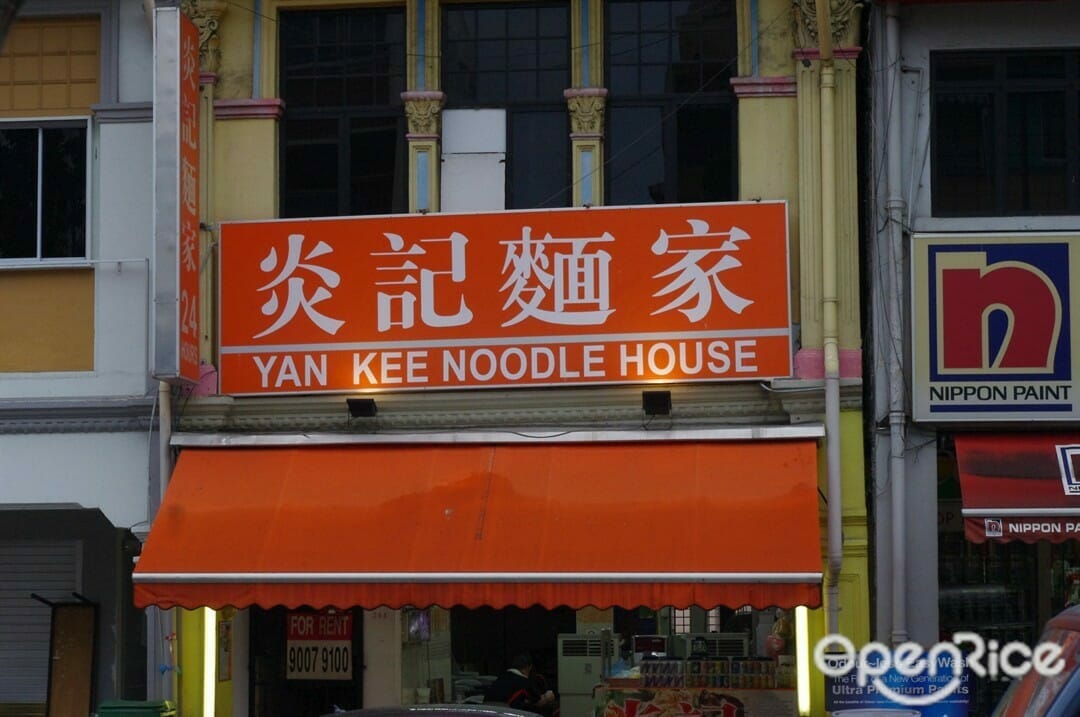 ​I love how the mee sua is being prepared to ensure a soft texture that does not fall apart, while ‘clinging’ onto the flavours of the sauce.

​You would be impressed by the delectable sauce as it contains a distinctive fragrance of smoked vinegar that is added sufficiently but not too overwhelming.

This is the kind of dish where the flavours are well-balanced as a whole that creates a comforting indulging experience. ​
Picture
Bearing the traits of a minced pork noodles, this dish could have very much replace its name instead, but it is intentionally done so to capture the main highlight of its mee sua noodles. 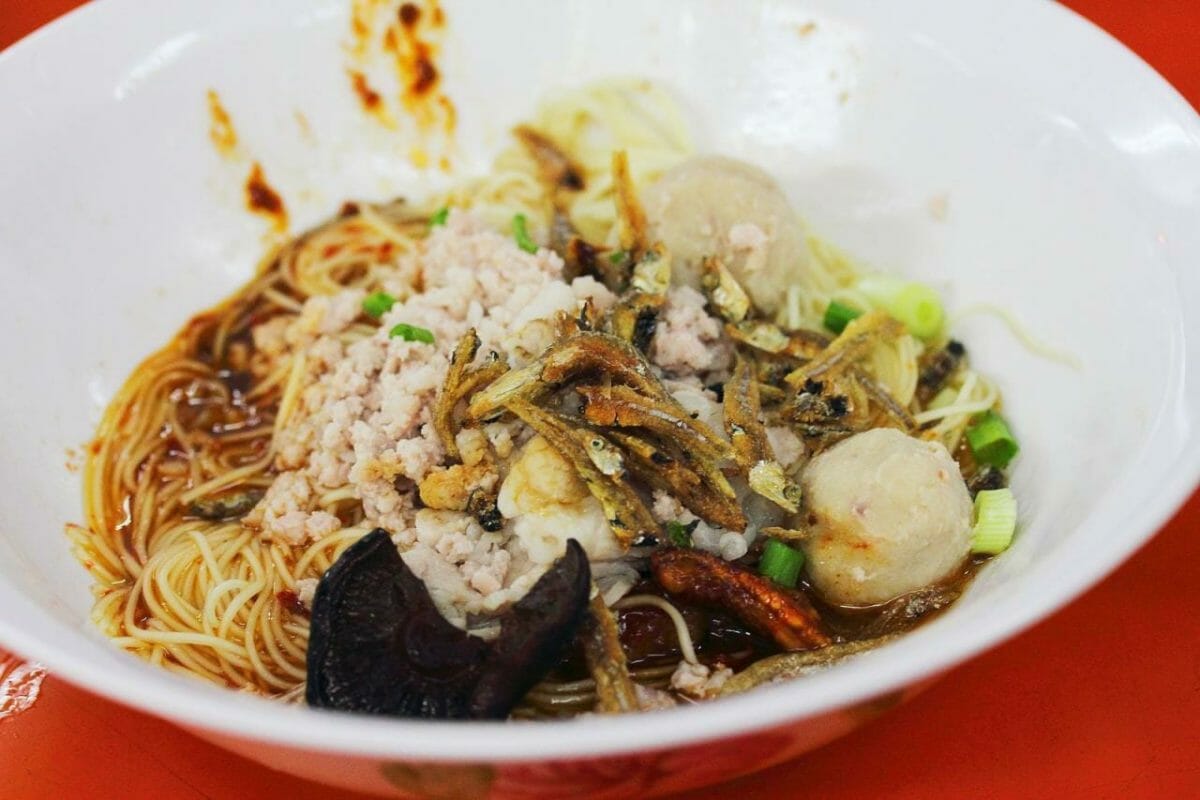 Its side ingredients are no different of that when comparing to a minced pork noodles except that it come included with fried anchovies & a whole piece of stewed mushroom. 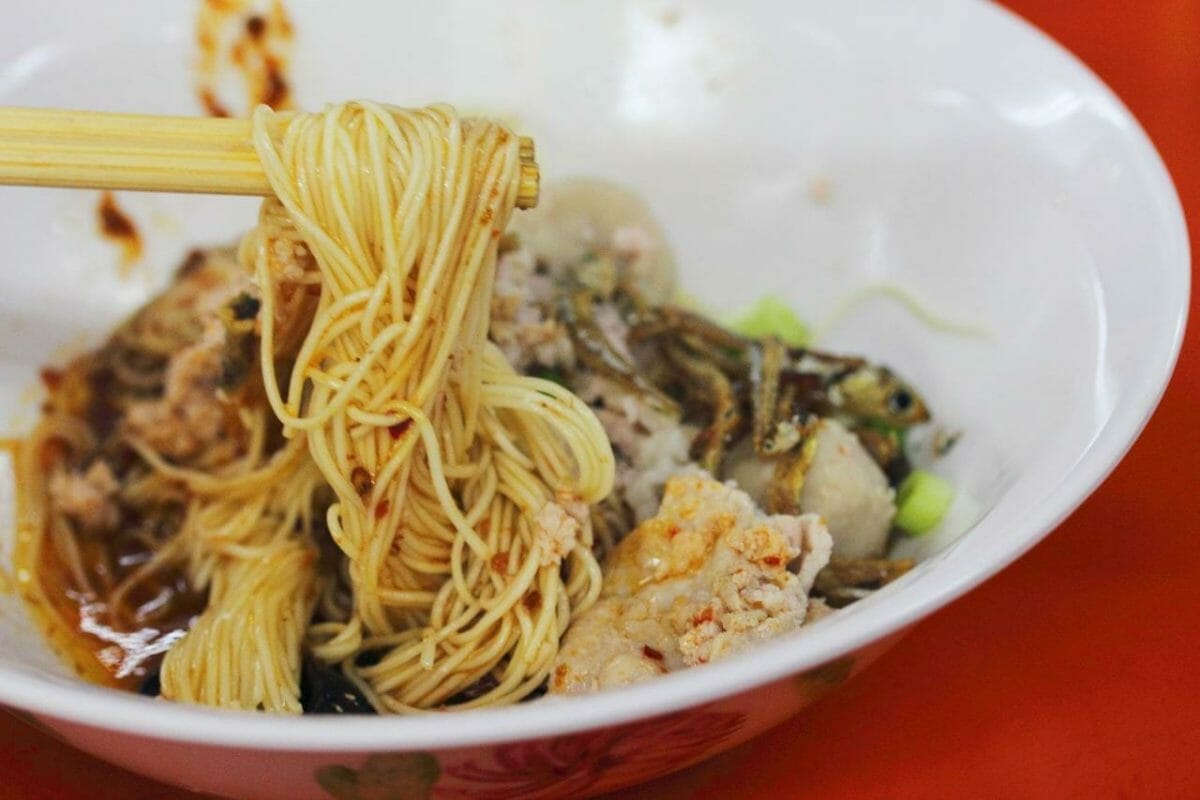 The introduction of fried anchovies have provided some fried crispiness touch while the whole piece of stewed mushroom has contained a sweet, fragrant bite. On the other hand, I was slightly disappointed by its lean pork as it is slightly tough in texture & also for the minced pork which could have been more porky in terms of its flavours! Nonetheless, I have enjoyed the complementary bowl of soup which has contained a minimal flavour of chicken stock which is soothing on its own.
Picture
​To sum it up, it is a truly revolutionize take that bears so much familiarity to our household’s favourite mee sua dish.

Despite the limitations of its extremely soft, delicate texture, I am highly impressed that they have managed to overcome this main hurdle.

It was only a slight disappointment for the side ingredients of pork where more emphasis could be placed upon.

​Nonetheless, this bowl of speciality dry mee sua does deserves a second visit & I would not be hesitant to recommend it. With the addition of 24/7 operating hours, this eatery is indeed another addition to my late night supper place for a comforting bowl of dry mee sua dish.

You’ve probably heard of Yan Kee Noodle House, but where is it? This popular restaurant in Singapore is renowned for its handmade fish ball noodles and dried minced meat noodles. It has been around since 2008 and ranks 4.2 on GrabFood. What’s special about Yan Kee Noodle House? Read on to discover what it offers and why it’s so popular. Founded by two expatriate friends, Yan Kee Noodle House has become one of the city’s favourite hangouts.

Speciality Mee Sua and Bak Chor Mee are the specialty dishes at Yan Kee Noodle House. Since its establishment in 2008, the stall has been operating out of BK Eating House on Boat Quay. Recently, we were surprised to see that the stall had moved. According to the instagram account of the stall, the reason for the move was because of ‘landlord problems’. However, we did manage to spot the stall right across the road.

If you’re a fan of bak chor mee, you’ll definitely want to try out the thin Mee Sua noodles at Yan Kee Noodle House. Its slender, ivory noodles are a great way to get a bowl of noodle soup without being weighed down by too much sauce. You’ll also find heaps of dried anchovies, mushrooms and fish in the bowl, which means you’ll have a hearty meal for less than a hundred bucks.

The stall is open twenty-four hours a day, except Sunday. The Dry Mee Sua ($4.00) is a must-order. While the thin vermicelli noodles are not soggy and are full of flavor, the soup does have a noticeable vinegar flavor. However, it is not a good idea to order your bak chor mee too hot, as it may make it soggy.

Ikan bilis Yan Kee Narrow House has moved to a new location across the road from its previous location. This move was announced last year. This noodle house will reopen on 29 August. Apparently the landlord and tenant were at odds, and there is no word on what exactly went wrong. The noodles are still the same, but the preparation is much different. The noodles are thin and absorb the sauce. Besides being served with fish and vegetables, the ikan bilis is also served with a whole mushroom.

If you’re looking for a late-night supper, then try Yan Kee Noodle House. This noodle house is famous for its dry bak chor mee sua and handmade fishball noodles. It’s located close to Clarke Quay and offers 24-hour service. It’s not recommended for vegetarians, but if you’re craving for authentic Chinese noodles, then try this place.

This is a great place to grab some mee sua, which can sometimes become greasy if not cooked properly. But at Yan Kee, these noodles are perfectly cooked. They’re also thin, so they absorb the sauce and flavor of the sauces and other ingredients. Toppings here include crispy ikan bilis and a whole mushroom. Overall, the mushrooms at Yan Kee Noodle House are well worth the visit.

The last sign of Yan Kee Noodle House is now gone. The 24-hour noodle shop, once a supper spot for the club-going set, has closed down. A forlorn pair of employees can be seen outside the alfresco dining area, trying to catch the attention of the former venue. However, the Specialty Dry Mee Sua stall is still open across the street. This means that the food was not lost but the signage remains the same.