Skip to content
I could not believed that I had actually spent a whopping 40 mins of my time to join in a queue for a food dish that needs to be more justifiable!

​If you are living in the vicinity of Ghim Moh district, you would not be surprised at all to have heard about the notorious queue of queuing up for a plate of Fried Kway Teow dish at Ghim Moh Road Market & Food Centre. 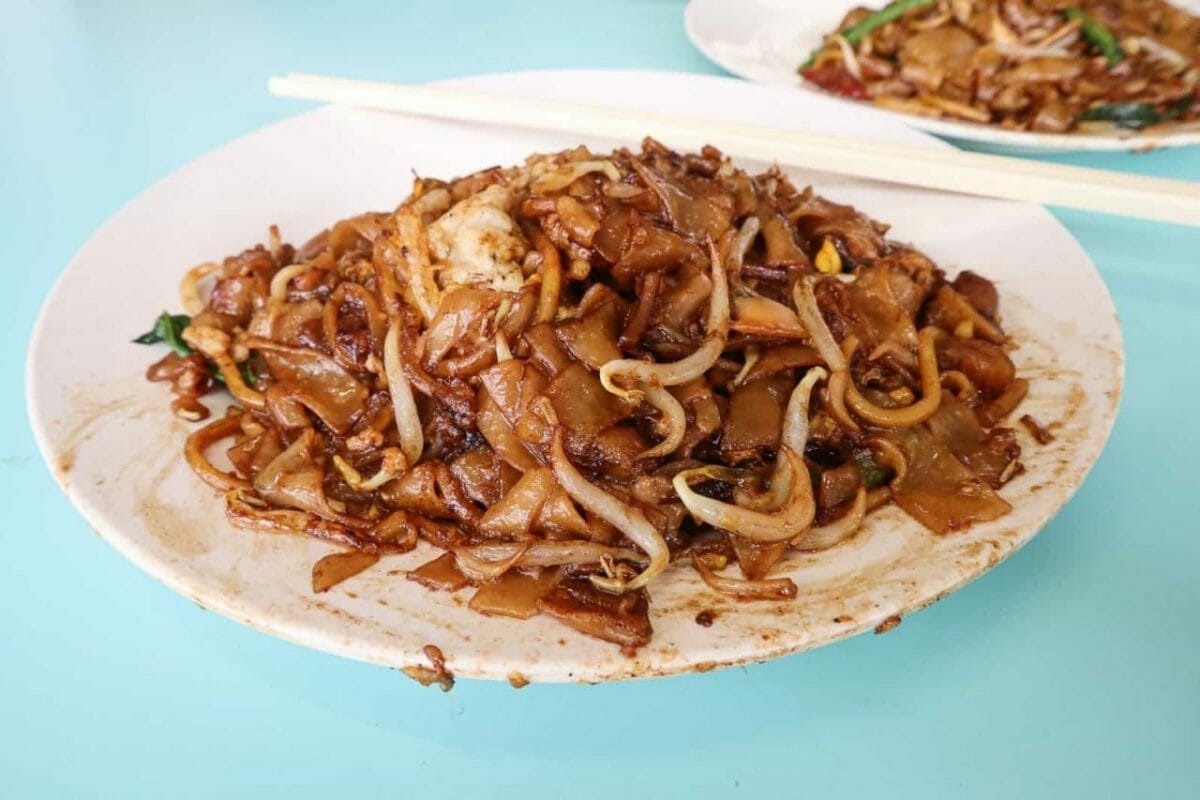 Indeed, such extraordinaire never fails to get me feeling all excited to check it out for myself!

​
​It was way past lunch hours that I found myself navigating through the various food stalls, to have easily spotted such wonder from afar. Guan Kee Fried Kway Teow is this extraordinary name that never fails to have an ongoing crowd even at this hour! ​

The waiting time of 40 mins would probably be one of my longest wait at a hawker centre, passing lunch hours for a plate of food dish!

I took a closer look by observing closely at what constitute to the long waiting time & was surprised to have discovered its main reason!

Unlike your typical Fried Kway Teow stalls whose chef usually fry up in a large wok consisting of numerous orders in a single go, this is certainly not the case over here. 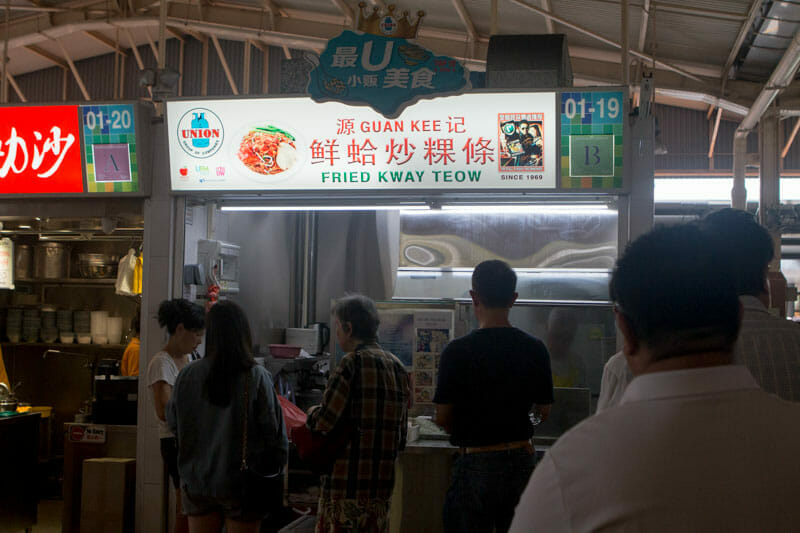 ​
​For every plate of order, it has to be completed in a two frying cycles where the stall owner would first lightly fry up the kway teow in a large wok, followed by frying it for the second time again for each individual plate of order! The only difference would lies with the second time where he would then add in some dark soy sauce, followed by the fresh ingredients of cockles & green leafy vegetables! ​

The plate of fried kway teow dish was so freshly cooked that it contained a good aromatic wok fragrance when it is served to me!

​
The kway teow and yellow noodles had produced an adequate amount of sweetness from the dark soy sauce added which was not too sweet or blend like some!

​Personally, I felt that it would had been a perfection if the amount of dark soy sauce added would had slightly been a little bit more to fully elevate the entire flavour & scrumptiousness!

​The kway teow was also a pleasant joy to savour as it it is soft in texture & has consisted of a good moisture.

The other key ingredients in this dish are also not a disappointment as well as I really enjoyed the freshness and uniqueness!

The unique part of this stall would probably be adding in the crispy pork lard that is not commonly found in many other fried kway teow stalls! 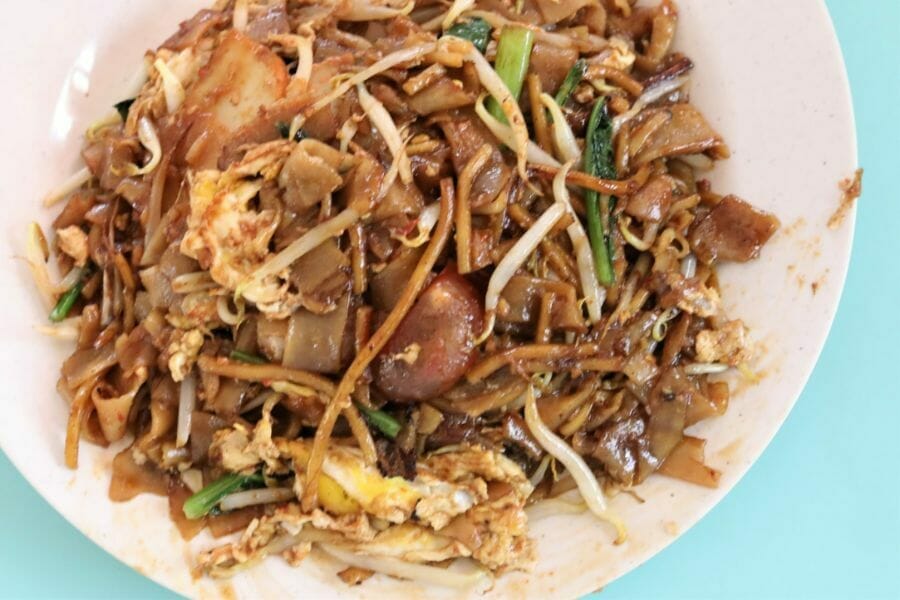 The crispy pork lard does indeed contributes to the overall fragrance of this dish while serving as a small munchy bite too.
​
​I really love the fresh cockles and the sweet Chinese sausages as they are my both favourite ingredients in any fried kway teow dish!

To sum it up, this stall indeed offers a very splendid & comforting plate of fried kway teow dish, but it is not justifiable for the slightly longer waiting time!

I personally feel that it is a great dish to indulge in but having to take into consideration of the long waiting time, it is really not justifiable as there are much more outstanding ones out there that take a shorter duration!

​
However, I am satisfied with the overall creation of this dish that was simply built upon with meticulous effort & the addition of abundance of ingredients such as garlic, cockles, fishcake, Chinese sausages & pork lard. Without doubt, this dish is certainly a good pick if you are living in the central-west & craving for a decent plate of fried kway teow dish that aren’t too far to travel down! 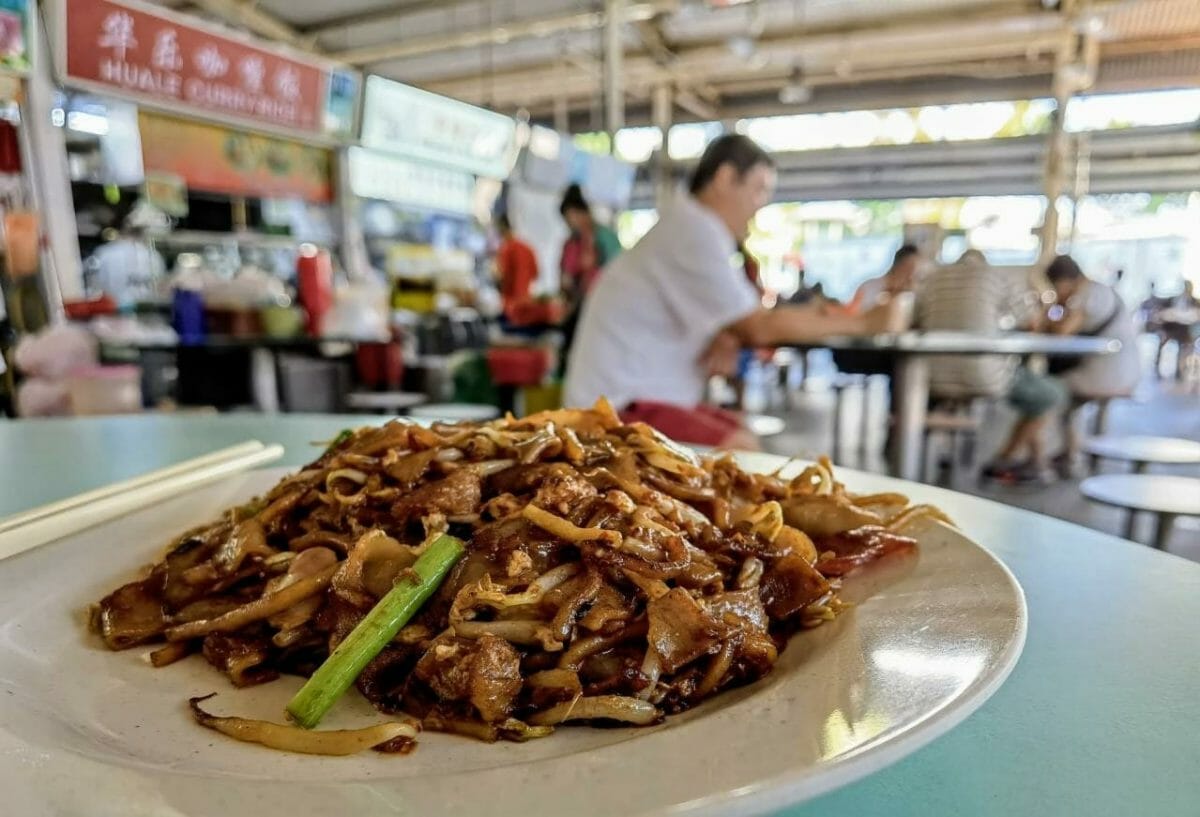