Skip to content
I have always been a big fan of chicken dishes, and to discover something so amazing abroad leaves me craving for it so badly!

This amazing restaurant in Johor Bahru, Malaysia, known as “Restoran Teck Sing”, is famous for its signature “Paper Baked Chicken”, which uses the baking culinary method to create a superb mouthwatering dish that is so irresistible!

​Upon stepping into the restaurant, you will be greeted by its well-furnished environment & the numerous food critics awards, newspaper cutting of its heritage, that are being hung up on the side walls! 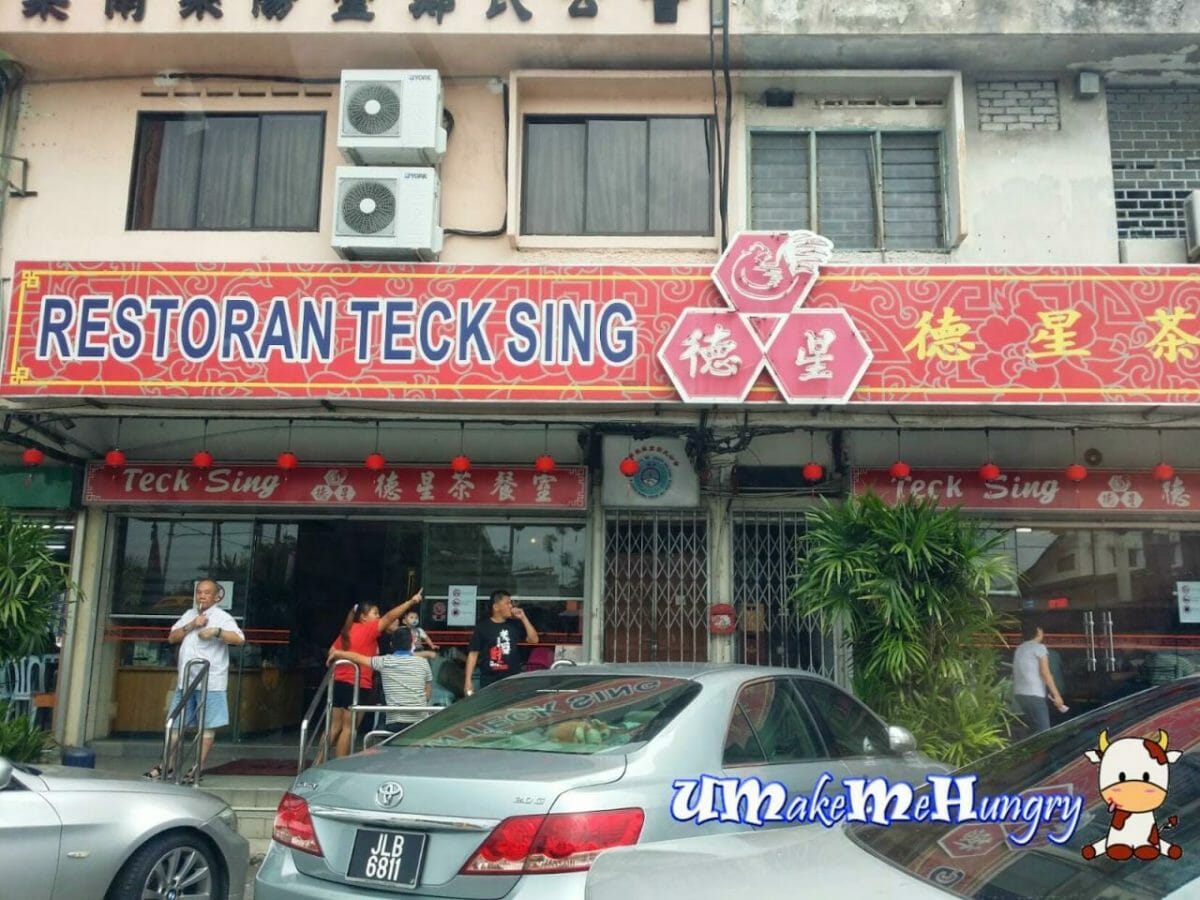 Their signature “Paper Baked Chicken”, which is also known as Emperor Chicken, is the highlight dish and is a must to order! The chicken itself comes wrapped in baking paper upon serving, and needs to be torn apart to unveil the wholesome goodness hidden within!

​Immediately, the aroma of baked fragrance is being released and the gravy that comes oozing out of the paper is simply heavenly!

The chicken itself is very firm & moist, carrying the rich flavour from the gravy that was baked together with Chinese herbs & spices, such as red dates & ginseng. 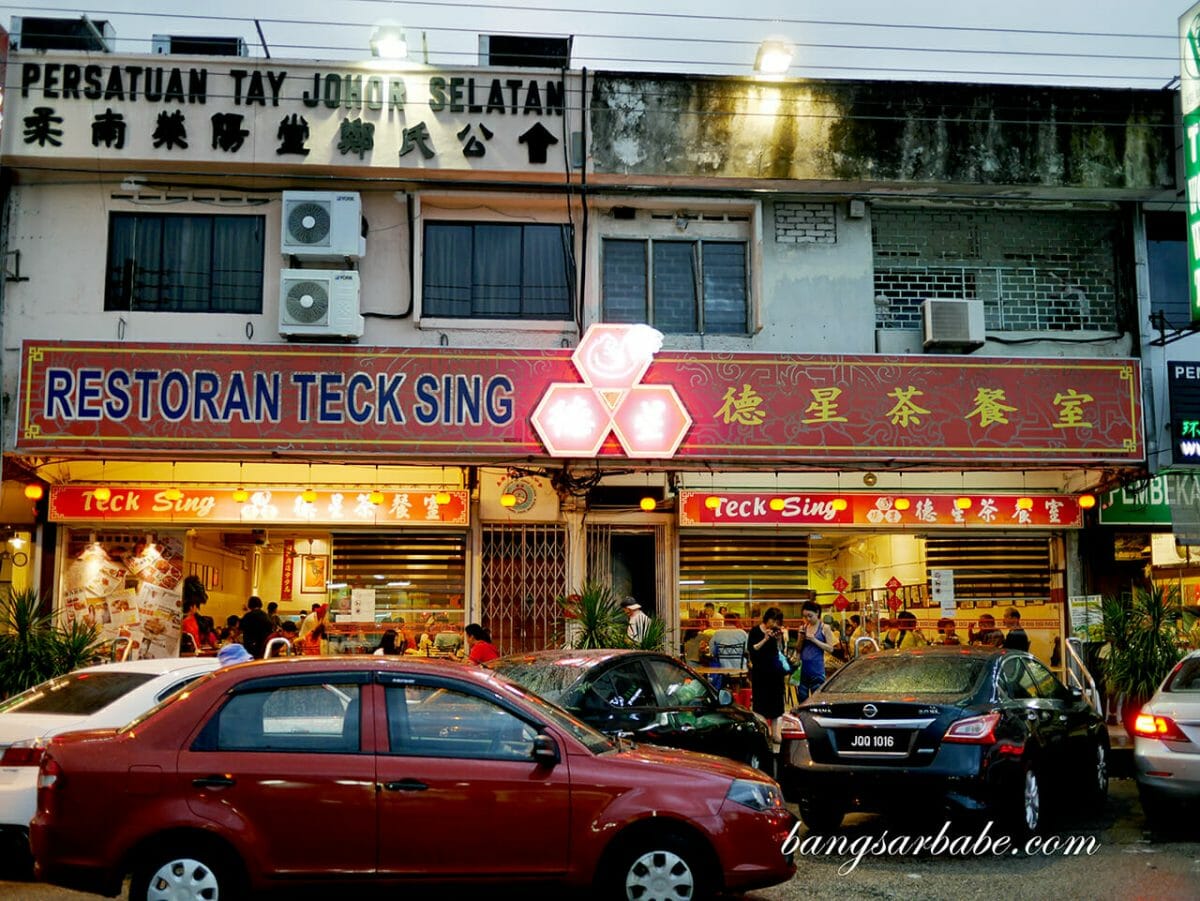 The gravy has a very refreshing taste of sweet awesomeness that goes so perfectly well with the chicken meat, making every bite so pleasantly wonderful.

​I certainly enjoyed the meat along with the baked chicken skin, as it had a rather smooth & slippery texture that slips into your mouth with every bite.

There are also other dishes that I enjoy just as much as well, and one of them is their Hotplate Beancurd!

The Hotplate Beancurd is well cooked from the sizzling heat of the hotplate that its beancurd had a golden brown skin, carrying a lightness of fried flavour on the outside!

​The beancurd itself was slightly lumpy on the inside, and carries the rich eggy flavour from the egg that was cooked together with it! There is also very minimal minced meat flavour that was build on top of the egg & beancurd, along with its slimy gravy texture that carried a saltiness taste to the overall dish.

Numerous food critics awards!
​I also ordered their sambal kangkong for our vegetable dish, which had a sweet fragrance from the sambal chilli & garlic that is being cooked together! 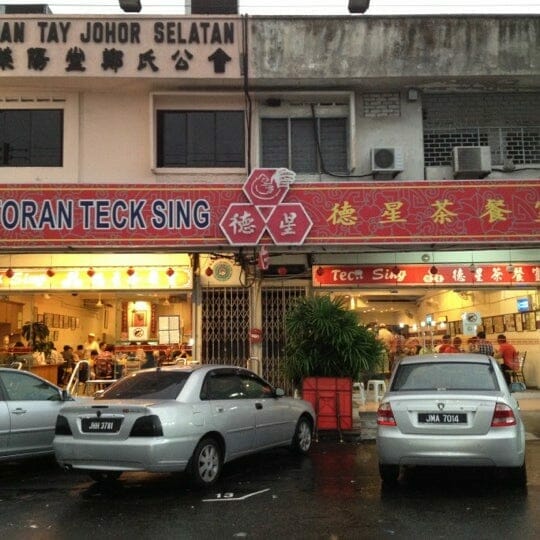 The vegetable itself was of a more mature kangkong, hence was slightly harder to chew, and I felt that it was lacking in the chewing texture!

​I personally felt that this dish could have been better if they had chosen a slightly younger kangkong, to create a tastier dish!

​Apart from the kangkong, their sambal petai (Stink bean) in my opinion is also a highly recommended dish, due to how chewy & fragrant it was from the sambal chilli paste that was cooked together!

​I really enjoyed every moment chewing on the petai itself as it was so rich and flavourful from the sambal chilli paste, had bring out the “kick” to the overall flavour of the entire meal!

​All in all, this would be a usual restaurant that I would patronise often whenever I would visit Johor Bahru, Malaysia, as their signature “Paper Baked Chicken” & “Sambal Petai”, are my all-time favourite!

It is indeed something different from the usual Singapore delights, carrying a taste that is so unique and irresistible!