Skip to content
Never had I dreamt of meeting my favourite animal, yet it turned out to be such an unexpected outcome during my trip to China!

My favourite animal is an Alpaca, which is a domesticated species of South American camelid that resembles a small llama in appearance!

The reason why I am always so fascinated about this particular animal was the fact that it all started out from the Internet!

There were numerous hilarious videos about this exotic animal which is notorious for going around to spit at people’s face! Despite its notorious actions, what humours me most at first sight was by how fluffy and small size this animal was, on top of having a distinctive long neck that looks like a Camel! 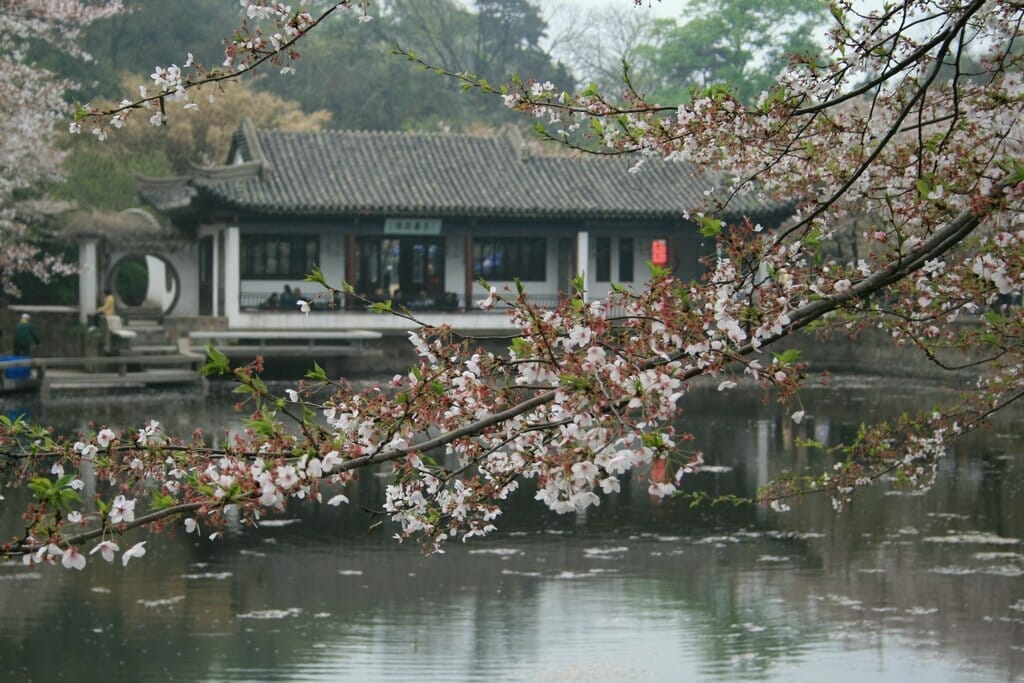 ​I have always been fascinated by such similar fluffy animal that without doubt, it had certainly blew me away by its cuteness, so much that it became my favourite animal.

I was indeed lucky to have this opportunity to actually came up close with an Alpaca at a national park near Wuxi, China.

​Our proposed itinerary on that day was to witness the magnificent beauty of Cherry Blossom trees, where my family and I eventually stumbled across a small fencing enclosure area in the middle of the park while admiring it!

We decided to take a closer peek at what was contained inside the enclosure, that had certainly astonished us by the sight of active Alpaca moving about. 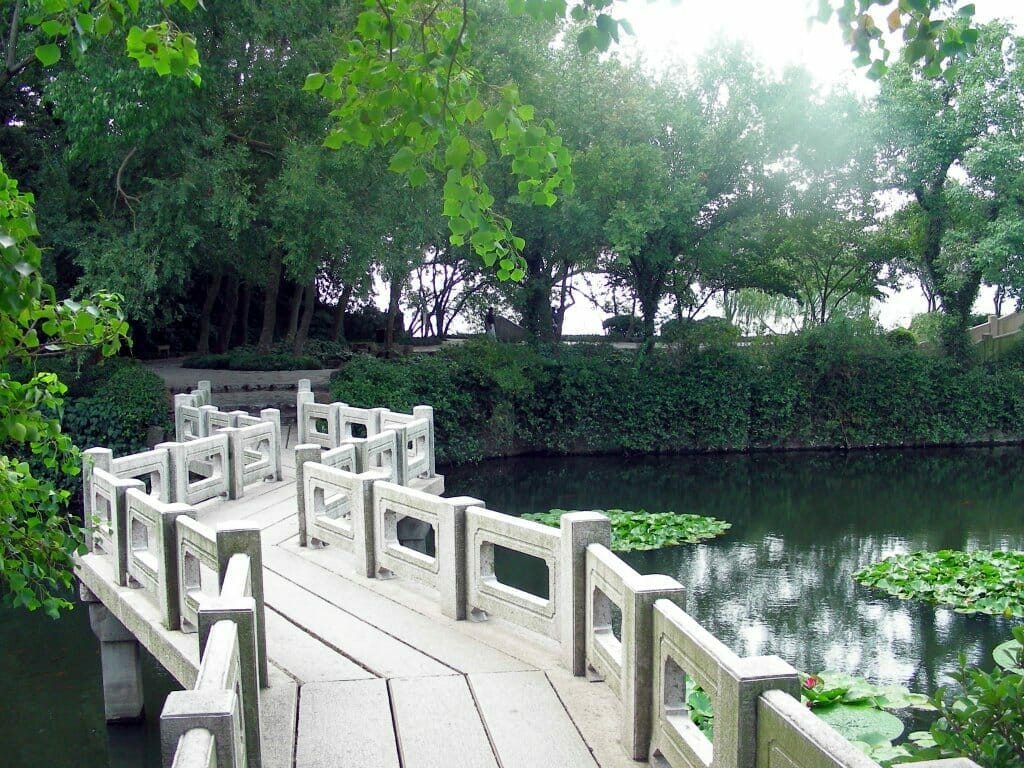 ​Initially, I was still at a state of shock that I needed reassurance from my family members that my eyes were not playing tricks with me! Frankly speaking, this exotic animal is supposedly to be more commonly found in specialised Alpaca farms in Western countries, which myself could not even believed that I was so destined to meet one here.

Magnificent Cherry blossom trees!
There were about 5 Alpacas inside the small fencing enclosure & all of them were nicely tug on with beautiful scarf around their neck!

Indeed, it certainly look like somebody own these Alpacas as apart from their beautiful scarves, their fur coat were also beautifully groomed, while we also spotted some empty bucket & hay that were being kept behind the large display board of the enclosure.

Since it was a rather small fencing enclosure & the fact that we could actually stick our hands in between the space, we decided to call out to the Alpacas for a moment of truth.

​As we could not contained our excitement, we started shouting and waving our hands awkwardly in public to gain the attention of the Alpacas! It was like practically we did not even bothered about being such public nuisance that all we wanted, was to interact with it! I could still recalled the perplexed moments when I looked at my sister to figure out the “animal language”!

OMY! Is that papa calling out for us?
After some numerous attempt of “animal language” by whistling etc, our effort had indeed paid off as one of the Alpaca really came walking towards our direction in a rather curious look, at all these weird humans!

For the fear of being spitted as shown in most video’s outcome, I was initially hesitant about coming in contact with a live Alpaca, but its cuteness literally melted my heart that I could not resist it. 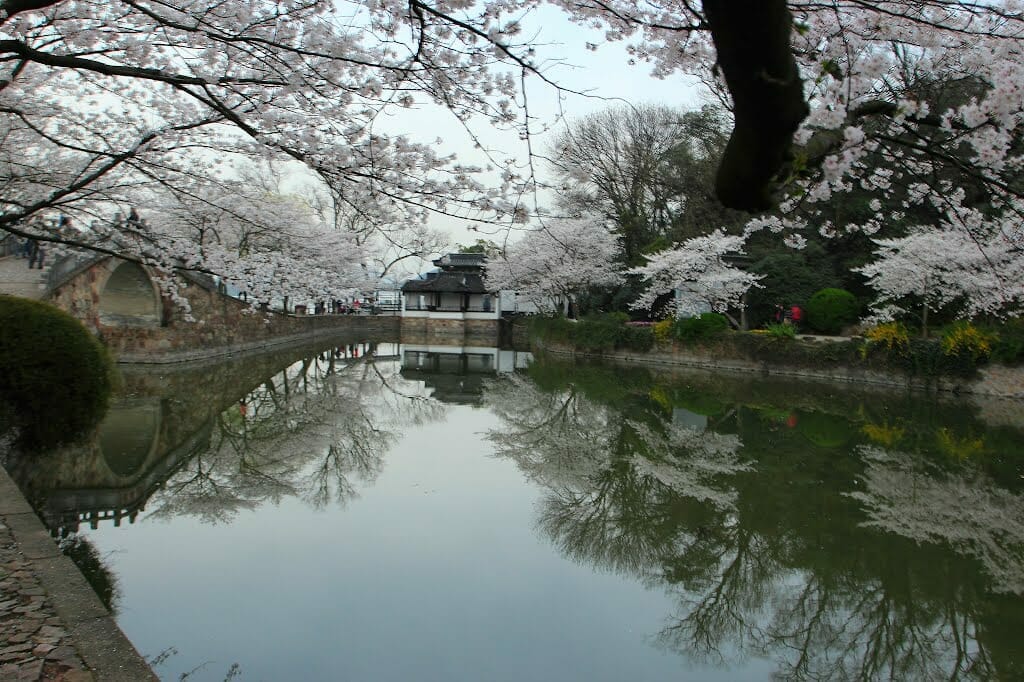 For that glorious moment, my dream really came true and on top of that, I had actually touched an Alpaca, which I was literally in seventh heaven!

​No words could really expressed the amount of satisfaction & joy that I had during that day, was indeed one of the best incident that had ever happened in my life!

I gently stroked its soft furry head while feeling the soft fluffy fur coat it had, and admire at the beauty of this magnificent animal!

It felt like our hearts were indeed connected at that point of time, where we really found love for one another!

​The Alpaca was indeed a very gentle animal that really adores our love when we repeatedly stroked its head, which I supposed that I am just really lucky not to have witnessed its notorious spitting action! ​

Don’t we look beautifully and swag?
All this joyous moment had lasted for approximately 20 mins and before we knew it, it was time to board our tour bus to set off for lunch!

I could really recalled the distressing moment of bidding a farewell goodbye to my dear favourite animal, Alpaca, as it felt more like a best friend than an animal to me in that very short period of time.

I knew that our “friendship” was short & I had certainly hope that god will blessed u in your very own Alpaca way!

Take care my dear “friend”, my adorable Alpacas, which I really yearned for the next opportunity to meet one again!

​P.S, probably the next time would be an unrestrictable fencing area where we really get to take a selfie picture together! XOXO, Alpaca <3