My heart sank with pain & sorrow upon my learning journey in one of Poland’s renowned UNESCO World Heritage Sites, “The Auschwitz Concentration Camps” that were once ruled by the Nazi Germany (1940-45).

It was more than just a camp as the word is more commonly referred to as a housing place for solely military purposes, for it is one that took away the populous lives of many innocent human beings, accounting to over a million lives where 90% of the victims killed in the Holocaust were the Jewish people. 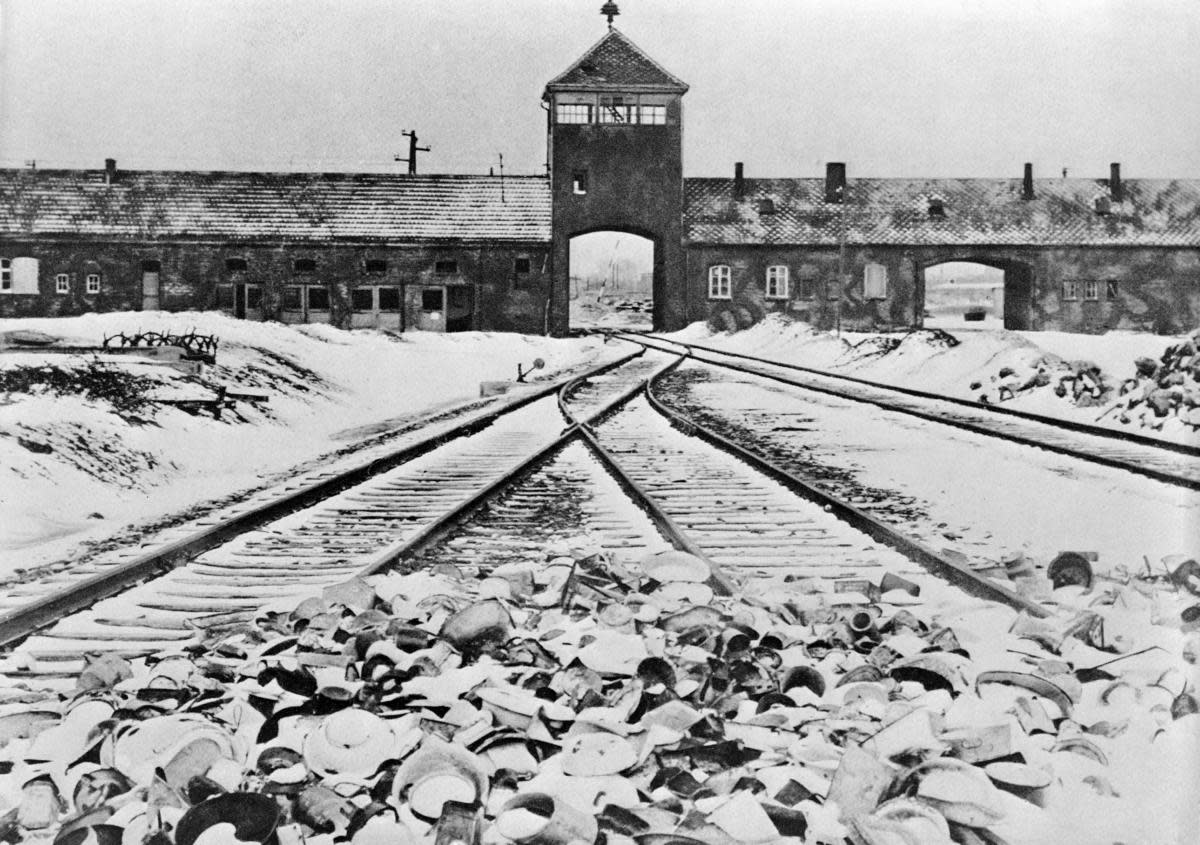 Discrimination against the Jews was largely the perpetrator that contributed to the death toll due to the fact that the Jews held largely lucrative professional jobs & were in political power.

The Nazis accused the Jews of being responsible for huge events such as losing the World War I & economic crisis.

Such propaganda were actually brought about by Adolf Hitler whom built on & used antisemitic ideas that had already existed to gain the support of the Germans towards the hatred.

​Both Hitler and the Nazis had the ideology that the “Aryan race” in which they belonged to was the best & strongest race, whereas the Jews on the other hand were seen to be so inferior to the point that they were not even considered to be “people” by the Nazis.

Upon conquering & evasion from all over German-occupied Europe, the Nazis did a round up & raided the homes of all the citizens who were not Germanic or of related blood especially the Jews, deceiving the people of granting them political asylum by boarding the train to another place, as the country that they were residing in was in a chaotic state of war.

The train was indeed the last ride of freedom that sent the people to Auschwitz, for little did they know that they were on the road to death.

​Apart from those who were not of Germanic roots, Auschwitz concentration camp was also the new holding place for both prisoners & suspected members of the resistance who were transferred from other parts of Europe. This thereafter accumulated a population square foot which seemed too much to handle, till the expansion of building a second Auschwitz II-Birkenau concentration camp.

Engraved with the prominent motto of Arbeit macht frei (“Work brings freedom”) on the main gate of Auschwitz I camp as one enters, the deceiving gate to hell has yet to begin.

The whole camp is surrounded within a 40-square-kilometre (15 sq mi) radius that is surrounded by a double ring of electrified barbed wire fences & watchtowers.

There are a total of 28 blocks of barracks built from bricks that are all contained within the parameters, where a couple of the blocks are now only opened up as a preserved museum site for tourists to gain better insight on the actual past occurrences that took place.

​Auschwitz was selected as a central location for its concentration camp sites due to it being an easily accessible 400km within radius of rail alignment to the different parts of the German-occupied Europe.

Upon arrival at Auschwitz concentration camp, the fate of the people to live or die was determined by a critical moment of undergoing a selection & extermination process conducted by the German Schutzstaffel (SS).

​Special candidates such as identical twins were also selected upon to undergo a series of brutal & unethical medical experiments to fuel the research of the German doctors. Almost all the remaining children, women with small children, the elderly & those deemed unfit were not spared to live, constituting to a staggering 3/4 of the the total number. The SS officers kept mum about the horrifying fate of what was awaiting them as they deceived the victims that they were going to take a shower & undergoing delousing. ​

The victims undressed themselves in an outer chamber & walked into the gas chamber that was disguised as a shower facility, after which the doors were all tightly shut, followed by the dumping of pesticide Zyklon B pellets through vents in the roof.

The Zyklon B pellets contain poisonous cyanide-based pesticides that produce the toxic gas of Hydrogen cyanide, able to kill all the 700 victims in the gas chamber at once within 20 minutes.

​The sound of screaming & moaning could be heard from the outside despite the thick concrete walls, devouring the tormented souls of each innocent victim. The bodies of the dead were then eventually removed & sent for cremation in the blast furnace with a tall chimney above its roof.

Families were split up, never to see each other again, & all of the victim’s personal belongings along with their trunks of clothes were to be declared and left behind without taking a single item with them.

Each surviving victim was then ordered to be stripped naked, getting their hair fully shaved off & an identification number tattooed onto their bare body.

The Nazis were definitely nimble by not letting any single belonging from the victims to have gone to waste, even the victims’ hair which were shaved off to consolidate & sold off as raw materials to grant them profits.

​The walk along the numerous gallery of exhibits which contains the remainder of the victims’ belongings was definitely striking to me, especially the restricted camera section where an approximately total of 7000 kg of human hair in the glass display has been collected.

Block 11 in the whole compound would be best defined as the Prison building where prisoners from both Auschwitz I & Auschwitz II (Birkenau) were brought there for what the Nazis considered serious offences, such as requesting an additional bowl of food serving, sabotage in the Auschwitz factories or attempting to escape.

​The cells were about 1.5m x 1.5m (16 sq ft) and were commonly known as the “Standing cells”, holding four men standing upright together doing absolutely nothing.

​Those who were sentenced to death for attempting to escape were confined in a dark cell & given neither food nor water while being left to die. The conditions were so horrendous for all it contained was a very tiny window & a solid door in which these prisoners gradually suffocated as they used up all the oxygen in the cell.

Surviving the camp was pretty much impossible due to the strict regime imposed and any violations pertaining to the orders would be severely dealt with!

A typical prisoners’ day began with two roll calls, one in the morning & in the evening.

Attendance was taken repeatedly to ensure that every single one was accounted for, even for those who were found dead in the barrack each night.

​The jobs were physically demanding and lasted 12 hours a day, with the prisoners wearing only striped camp fatigues, no underwear and ill-fitting wooden shoes without socks. It was definitely a challenge as the weather in Auschwitz was generally cold all-year round especially when it got worse during the winter. There were clearly no basic human rights as no rest periods were allowed. One was actually timed when using the latrines in which thousands of people queued for & insufficient food rations such as only mouldy bread were given. ​

If there’s any job that a prisoner could had wished for, it would definitely be manning the latrine which is a dream come true.

​Those who were fortunate enough to work there were able to brave themselves indoor against the cold winter & have more flexible access to using the latrine than the others.

It was also a job with minimal supervision by the SS thus punishment & beatings would be greatly avoided.

​With such inhumane working conditions, the accommodation of living barracks for the prisoners was needless to say as well. The barrack was initially designed to house 52 horses when it was then adapted for at least 400 prisoners to sleep in tree-level wooden bunks. It was so crammed that every individual was unable to stretch out completely, constantly finding means to get a little more comfortable inch of space by pushing, shoving & kicking each other.

The entire tour lasted for approximately 3 hours as the local guide brought us through the various prominent exhibits & some of the actual remains of the camp sites that spread across both Auschwitz I & Auschwitz II-Birkenau concentration camps.

It was one of the most memorable experiences, as well as the feeling of wretchedness that has been inscribed deep into my heart.
​
​Having visited the site especially during the winter season, it was indeed an arousal of heartache by the cold tormenting suffering that these innocent human beings had to go through even under the gruesome weather. It was a point of reflection of how fortunate we are to be able to live on every single day & the joy of freedom to be able to reunite with our loved ones. I would like to send out my sincere & heartfelt condolences to all the victims’ families & may the souls of the passing ones rest in peace. Amen. ​

Inside the hell of Nazi’s Auschwitz concentration camps