Skip to content
If you ever asked me regarding the best take for an unforgettable bowl of wanton noodle dish in Singapore, my reply to you would no doubt be one of my favourite stall by the name of “Guang Zhou Mian Shi Wanton Noodle”! 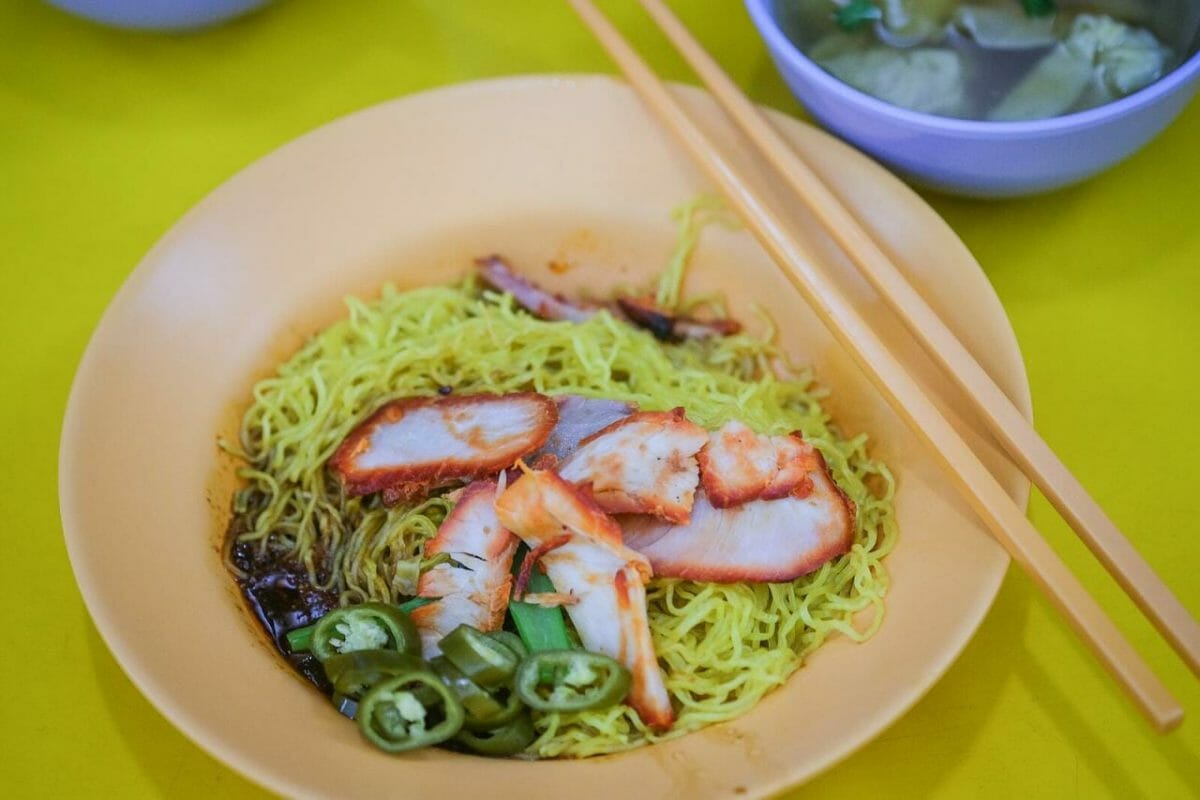 Located at the old estate of Tanglin Halt, this outstanding stall operates from early evening all the way till late midnight, making it as one of the popular supper places for me!​“Guang Zhou Mian Shi Wanton Noodle” is also a reputation that has been passed down to the current third generation to continue serving this scrumptious dish!

Despite operating at a rather late hours, this stall still does not lack its own line of loyal customers who kept coming back for more, including one of the very famous Singapore filmmaker, Eric Khoo, whom actually wrote an article on it.

At such odd hours, you could totally see a long queue of people just waiting to indulge in it, which is rather amazing to me!

The noodle itself is of a dry variation that is not soupy, had contained some gravy at the base to make it moist!

Unlike other wanton noodles, the noodle that is served over here, had contained a balanced moisture that is not too overly flavoured from the sauce, nor it is too dry like some!

​As a result, you can totally get a feel on each individual noodle strand that carries a very good texture to it, making it delightful with every bite. It is also worth mentioning that the noodle are tasty as a whole, that had completely absorb the flavour of the sambal chilli and the gravy! ​

​The charsiew meat which carries the only distinctive differences that is served with every bowl of wanton noodle dish, had contained a dry texture that is not sweet in taste. 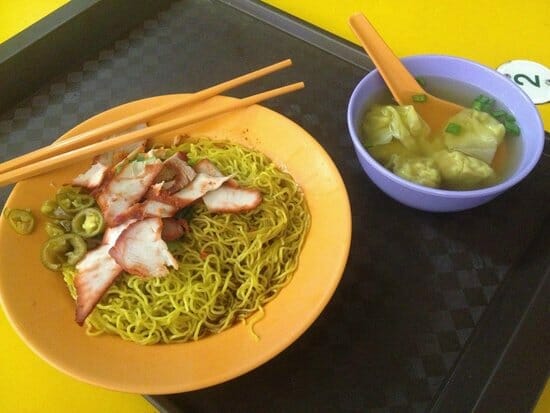 I was rather disappointed by its taste that I certainly feel that the charsiew meat could totally be improved way better, which is rather a pity to the overall scrumptious dish!
Charsiew Meat!

​​​On the other hand, the bowl of wanton soup that came along, will definitely make up for the disappointment of the charsiew meat, due to the taste & generous portion of wanton dumplings given!

​The wanton dumplings were simply outstanding that you can taste the freshness of the pork ingredients on the inside, building on a good sweetness taste to the overall soup essence!

Scrumptious piece of Wanton Dumpling!
To sum it up, it is definitely one of my all-time favourite wanton noodle stalls in Singapore, that I totally have to commend on its outstanding noodle texture & the wanton dumplings as well!
It is definitely worth the price to even go for the larger portion, due to the generous portion of ingredients that are given.
Certainly, if the stall owner would had worked on the tastiness of the charsiew meat itself, it would no doubt be one of the perfect dish!
​Nonetheless, it is a dish that is totally worth travelling down for, which I will crave for from time to time!
Guangzhou Mian Shi Wanton Noodle (廣州麵食) 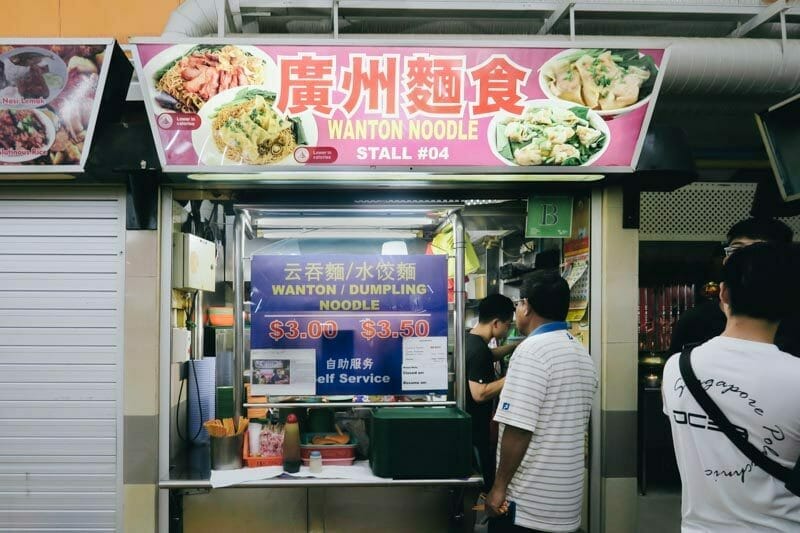