Skip to content
Nothing beats a delightful plate of Hainanese curry rice especially when you are too famished but just looking for something so fulfilling & robust in flavour as a whole! 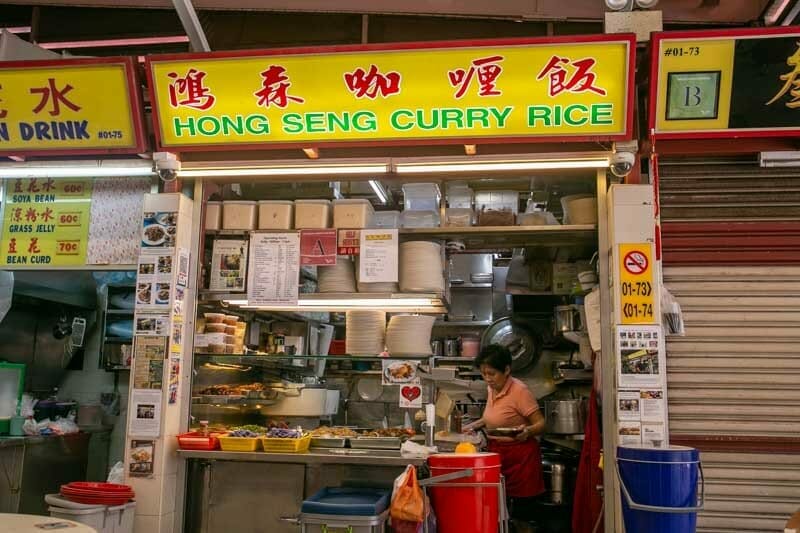 ​
Located in the neighbourhood of Redhill district, this eatery by the name of “Hong Seng Curry Rice” is certainly one that redefines the more Singaporean style as it takes on with our favourite local dishes such as cabbages, charsiew pork & not forgetting the essential traditional ones such as fried pork cutlet which are also available! 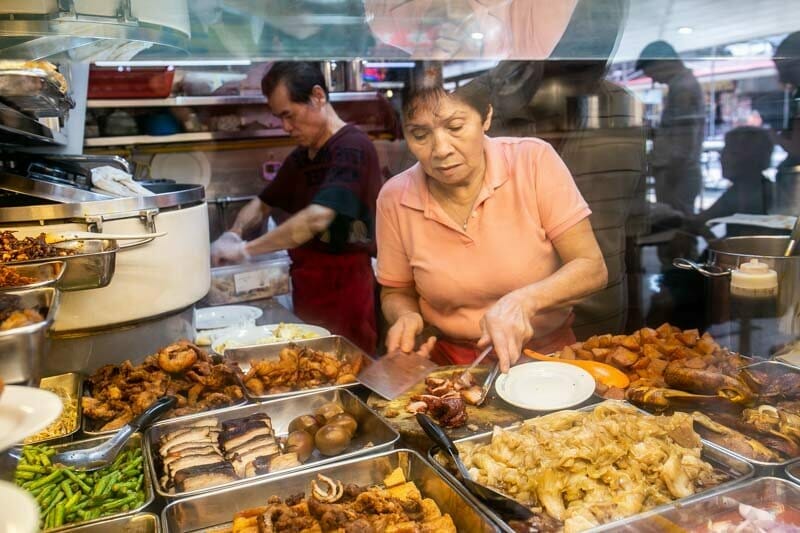 It has been my several visits over here & I can safely say that every single dishes are indeed scrumptious & would go along all perfectly with their signature curry gravy over a comforting plate of white rice!

​
This eatery is definitely one where you should not missed out on its uniquely one-of-a-kind fried anchovies dish that sets itself apart from others! I had totally enjoyed the great economical prices while getting myself a deserving plate that really makes me a happy kid after indulging over it.

My all-time favourite food dishes over at this stall would be their Charsiew pork, fried pork cutlet & their signature fried anchovies!

Their stir-fry white cabbages are equally pleasant and sometimes I would just switch around to try out on other dishes such as their fried beancurd or Chinese Sausages that is all lastly combined with white rice & topped over with the mouth-watering curry sauce gravy! 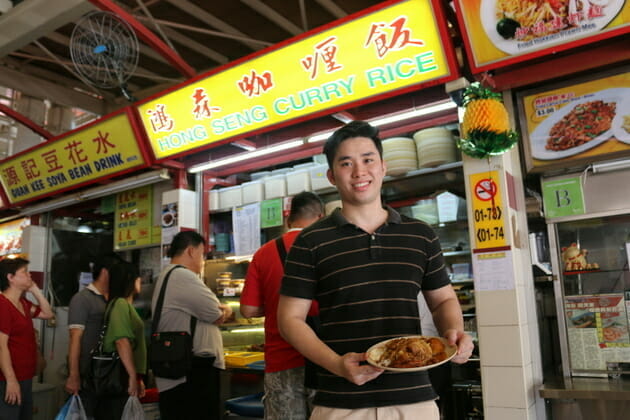 ​
For this meal, my delightful plate has consist of Fried Pork Cutlet, Charsiew Pork, Fried Anchovies & Fried Beancurd dishes that sets me at an affordable cost! At times, I just get really bored at those traditional Hainanese Curry Rice eateries as I often think to myself how nice it would have been if they had actually offered our Singapore delights too!

Just before digging in into the main dishes, their steamed white rice would have already set the bar for most rice dishes!

It is pleasantly well-cooked with a very nice soft fluffy texture that totally goes so well with the amazing curry sauce gravy!

The curry is certainly well balanced in terms of sweetness that has totally resembles of that to a Japanese curry or the famously known McDonald’s curry sauce!

​It was not at all spicy which has provided a very lovely & distinctive smell of curry flavour​ that is truly delightful.

The Charsiew meat is definitely one of the most extraordinary meat that I had tasted & had certainly enjoyed every single time when I dine in over at this stall!

It is so fatty with a very nice soft chewy & tender kind of texture that is coated with sweetness.

It has that amazing wow factor which has taken me by surprise especially during my first visit as most legitimate Charsiew meat would tend to have that attractive bright red roasted kind of appearance, but this has none of it which still turns out to be so tasty!

​
It is also one of the most widely sold out items over here at this stall & I would strongly recommend to get your hands on it if theres such an opportunity that arises.

As for the Fried Pork Cutlet, it was still quite decent like most typical Hainanese Curry Rice that bears a nice fried fragrance, containing a slight crisp on the outside in texture.

​It definitely goes well with the curry as it reminded me of the similar food experience of a Japanese Katsu Curry Rice, except that it needs to be more crispiness.

​
On the other hand, the Fried Beancurd is also fragrant on its own, consisting of a nice & soft crust on the outside, while having a fresh beancurd ingredient on the inside that is tasty to chew on. ​

Nothing beats the ultimate perfection than its very own signature Fried Anchovies dish which is something that you are sure to have never tasted before.

Our most commonly relatable Fried Anchovies dish would be the ones that are found in a Nasi Lemak dish, consisting of a saltiness trait but this is nothing of that sort!

​
The Fried Anchovies has a very nice crunchy kind of texture which is absolutely sweet that has contained a stickiness texture that is most probably coated over with honey. It is not at all salty that has amazingly captivate my love for this remarkable dish, making it a necessity must for myself to go with a special upsize portion on every visit!

​In a nutshell, it is a truly outstanding eatery that offers a very unique fusion based of Singapore with the traditional Hainanese style of Curry Rice!

This eatery has a special place indeed in my heart, probably due to the fact that I love both traditional Hainanese Curry but still would prefer having our typical well love dishes too!

The charsiew meat is indeed the must to order, as well as the signature fried anchovies dish which would certainly make anyone fall head over heels!

​
​The comforting plate of white rice is totally worth highlighting upon, taking into account that most eateries these days do not really pay much attention to such details! Needless to say, this eatery has very well justify its credentials & I will definitely be back here very soon again!