​I was feeling pretty skeptical when my fellow peers highlighted to me about a chicken rice stall that is amazingly crowned as one of the best eats around the vicinity of my university.

As usual, there is always this strong urge of doubt as I could not help but to emphasise that there is just too many overrated stalls out there that have self-proclaimed themselves to be the best.

However, being a fanatic of this dish & with numerous close observations of this stall, I have decided to take the leap of faith to try it out for myself. Known as Leong Yeow Famous Waterloo St. Hainanese Chicken Rice Branch, the impressive long line of queue is something that the folks would warn you about getting there earlier especially during lunch hours. 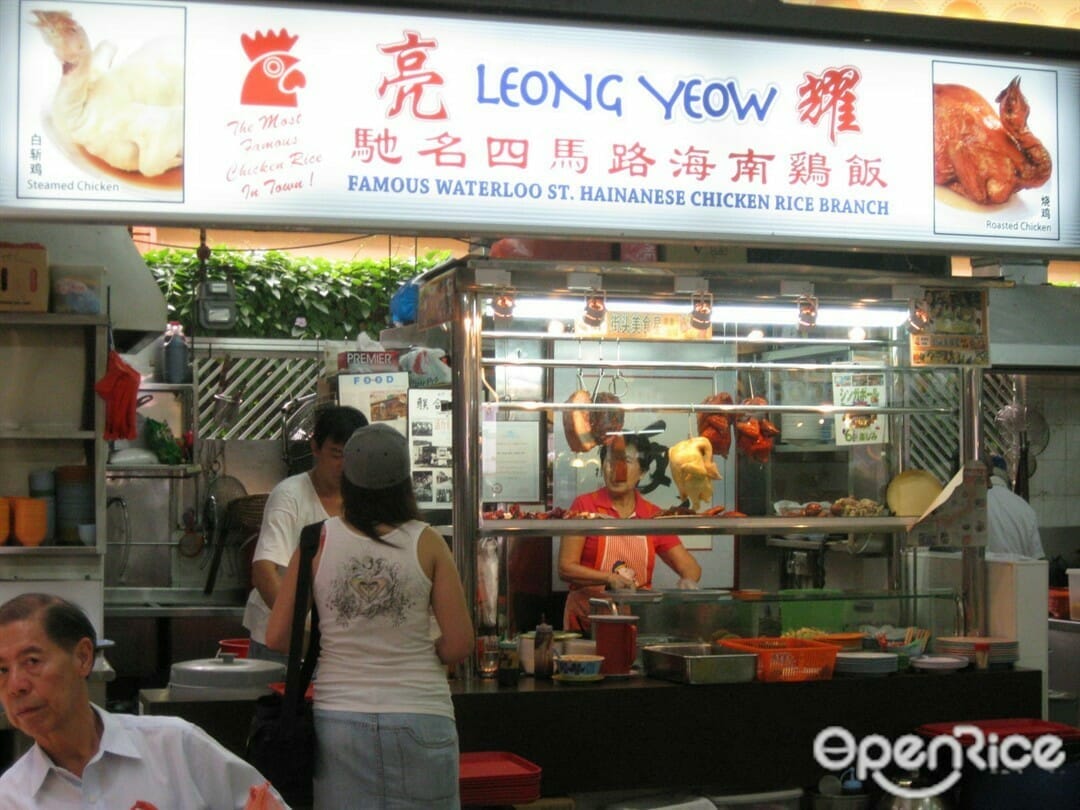 It is a heritage stall that traces its roots back to the 1970s and it is currently passed down to the son who runs the major kitchen operation. The lady boss herself who is likely to be in her 80s, still does drop-by from time to time to help out her son.

​Just simply take a look at the numerous awards or google the stall’s name and you will not be surprised to find out that they are being featured as the top 10 for this well-loved dish!
​
As the stall’s name suggests, Leong Yeow Famous Waterloo St. Hainanese Chicken Rice Branch offers both roasted & steamed meat options and as well as charsiew pork which is also highly recommended by the folks. 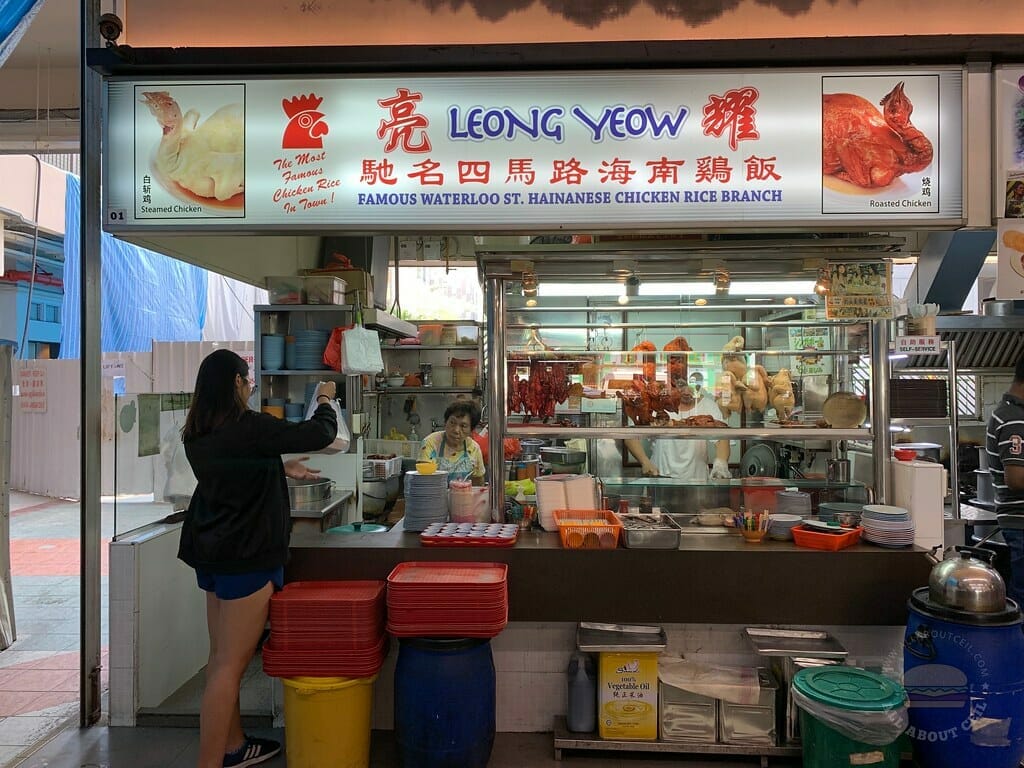 If there is a word for me to sum up this entire dish that is offered by Leong Yeow, it would have to be holistic.

The steamed chicken is so soft, juicy & tender which is nicely immersed in the sweetness and fragrance of the light soy sauce.

The introduction of the light soy sauce has provided a flavourful touch which is not too oily as it complements with the boiled freshness of the chicken.
​ 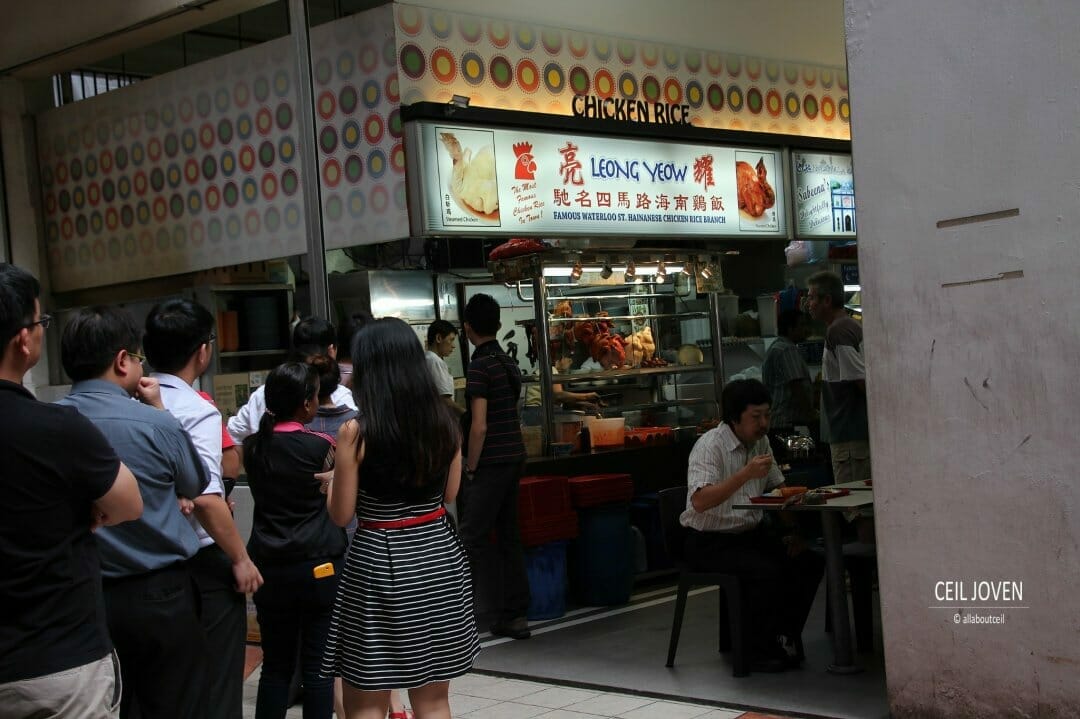 ​Being a sweet tooth, I have to say that the charsiew pork is the star highlight that really astounds me! The meat is so fatty & tender which is well marinated with delightful amount of sweetness. Typically for most charsiew meat whereby one would dip it into a separate saucer of dark sweet sauce, this is good enough to have it solely on its own. However, there is no roast crispiness on the outside which is the reason why it isn’t salty too.

For rice lovers, I would be proud to say that they have nailed their plate of rice remarkably well.

Every bit of rice grain has a soft & smooth texture which is infused with a light hint of aromatic chicken stock that is not too overpowering. It is neither too dry nor too oily that opens up a hearty palate.

​Meanwhile, their side ingredient of fresh gizzard deserves a noteworthy mention by how huge & chewy it is.
​ 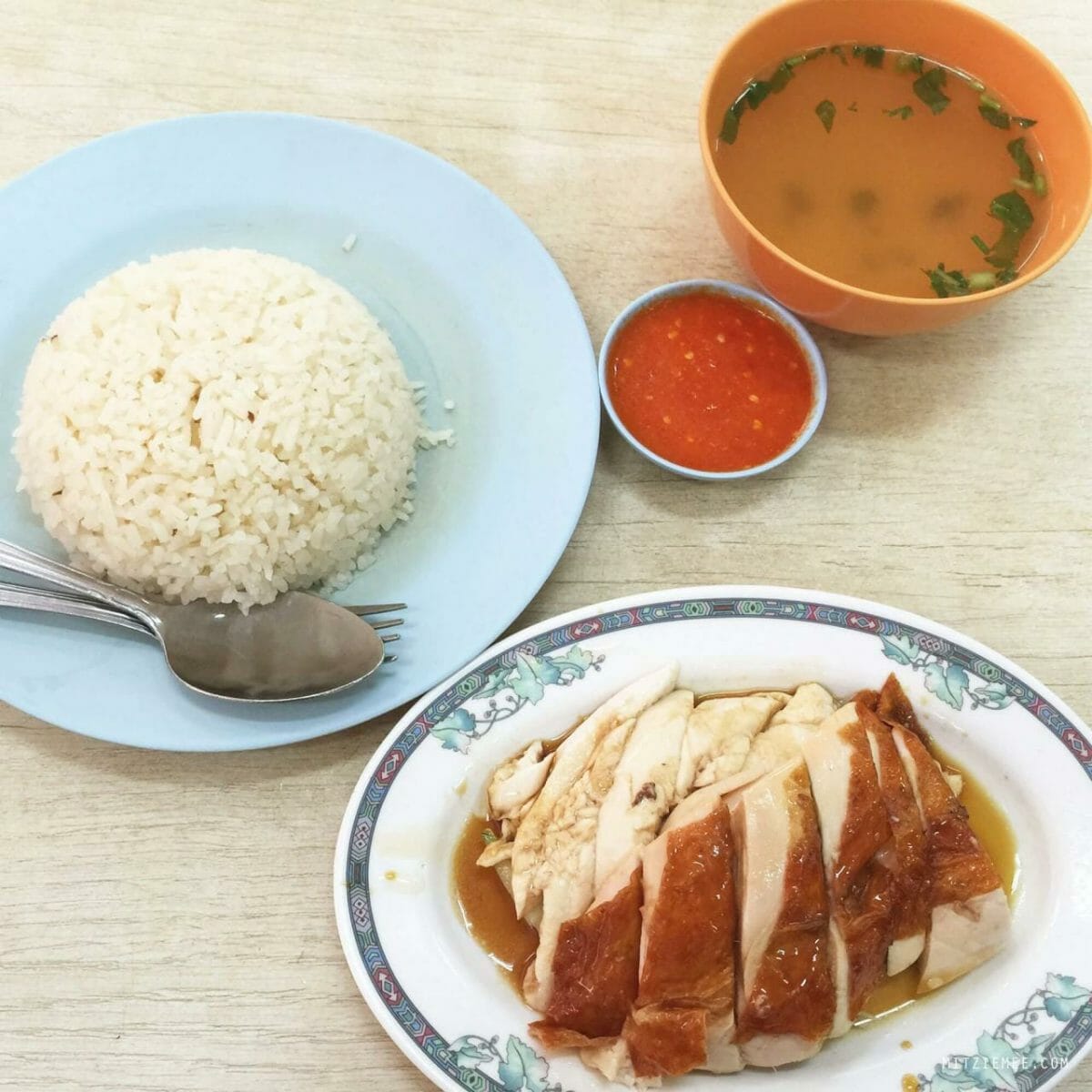 It is not too gamey and it complements well with the overall spread. If there is one thing that every chicken rice stall owner could have played more emphasis on, it would have to be the little aspects such as chili & soup. Be warned that the chili has so much kick to it which it contains a strong heavenly & garlicky essence that immediately dominates your tastebuds. I really enjoy every spoonful of the soup as Leong Yeow boils its own with rich ingredients such as winter melon and chicken feet. It totally deserves credit which sets it apart from other plain, peppery bowl of soup.

​In a nutshell, I am definitely in favour with Leong Yeow Famous Waterloo St. Hainanese Chicken Rice Branch as it has indeed lived up to its reputation for being one of the best chicken rice dishes that I have tasted.
You know how certain dishes have their own strength in some key areas while lacking in some for others?
This is the kind of distinction that Leong Yeow has to offers as it sums up its dish with the word – holistic.​For the price and queue, I would say that it is pretty worth it due to the fact that quality is the key emphasis in this plate of goodness that I am willing to spend on. Kudos to this wonderful gem that is recommended by my fellow peers which you would not be surprised to know that I will be a returning customer indeed.

Leong Yeow is an institution when it comes to chicken rice. This stall has been operating for two decades and is a favourite among chicken rice lovers. The dish is a combination of succulent chicken meat, fragrant rice, and addictive chilli sauce. The extensive menu offers more than just chicken rice, with many local zi char favourites available. The 169 branch is a good place to start for those who enjoy authentic Hainanese chicken rice.

This stall has been selling chicken rice since 1974 and offers four types of meat. In addition to chicken, customers can also order char siew or roast pork. The chicken is tender and has a nice, spicy perfume. If you’re looking for affordable chicken rice, you’ll find this hawker stall in the Bras Basah area.

If you’re looking for a good chicken rice joint in Singapore, look no further than the famous Waterloo Street Hainanese Chicken Rice Branch. This Singapore restaurant has been selling chicken rice for more than 40 years. You can choose between steamed chicken, roast pork, and char siew. The chicken rice is topped with a light soy sauce and sesame oil, enhancing the flavours of the tender chicken.

If you’re looking for a more affordable option, try out Boon Tong Kee’s Boneless Hainanese Chicken Rice. This version is not overly oily, and the meat retains its juiciness. And the skin isn’t jelly-like like many other stalls. You can enjoy the authentic taste of Hainanese chicken rice for only S$3.

This Hainanese chicken rice branch has been around since 1934. The chicken rice comes in two types – roasted or steamed. Roast pork and char siew are also available. We opted for the roast chicken. Both had tender meat and nicely seasoned skin. I loved the steamed chicken rice and the pork chop, and I can’t wait to go back again!

A popular Hainanese chicken rice stall is Jew Kit, which has been operating for over two decades. Its chicken rice is renowned for being tender and fragrant. It also has an addictive chilli sauce. The restaurant has an extensive menu, and you can enjoy a variety of zi char dishes in addition to chicken rice. The staff here are friendly, but may be grumpy.

Leong Yeow Famous Waterloo Street Chicken Rice has been serving the locals in the area for nearly 40 years. The menu features two different types of chicken, roasted or steamed. The Hainanese chicken has a tender and well-flavoured skin, and the roast pork comes with a side of char siew. This outlet is a must-visit if you want to enjoy the traditional chicken rice.

The chicken rice is decently executed, but could be better. The chicken itself was tender, with a slightly chewy skin and a spicy sauce. It was also accompanied by a generous helping of vegetables. The rice was topped with a thin layer of spicy ginger paste, making it one of the best hainanese chicken rice options in the area.