Skip to content
To be able to indulge in a heavenly steamboat, especially on a rainy day, is indeed one of the best satisfaction meals ever, and you can never go wrong when you dine it at “Tian Wai Tian Fish Head Steamboat”! 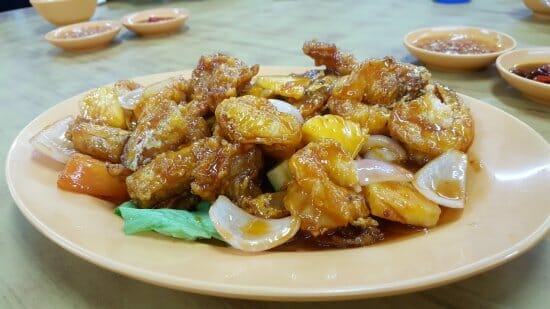 ​“Tian Wai Tian Fish Head Steamboat (天外天 潮洲鱼头炉)” is a Teochew-style restaurant that is located at Opal Crescent, and opens daily from 5.30pm till late night.

The restaurant itself is able to only house a limited number of tables & chairs, but fret not, for they have extra tables and chairs that stretch all the way to the front & back-alleys to cater to more customers. 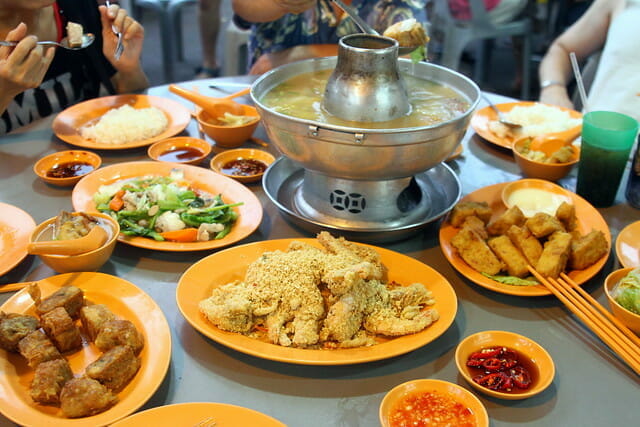 ​It is strongly advised that you come early as the seats are limited & the waiting time for the food to arrive on your table can be quite long at times.

​The taste of the food has been very consistent no matter how many times I have patronised the restaurant, which goes to show that the chefs are skilled masters of their own crafts.

​The food menu is rather extensive. They are all written in Chinese, but for those of you who are not well-versed with the language, you can still convey your orders by pointing to the dishes that have already been served to other customers!

​The dishes are available in small, medium and large portions, but on many occasions the lady boss will be the one deciding on the size of the dishes based on the number of people dining in at your table.

​Some of the definite-must to order dishes are their signature Fish-head steamboat, Sambal Kangkong with cuttlefish & Prawn paste chicken wings!

What makes their fish-head steamboat stand out from so many others that I have tried is the fact that it is slowly-cooked on top of a charcoal stove, allowing it to produce a fragrant aroma when served to us!​Customers can choose from 3 different fish types available for the soup, namely the Pomfret, Red-snapper & Song fish. Their Pomfret fish-head steamboat in my opinion is what I would recommend the most, and you have got to be there early as it sells out really fast!
Charcoal stove!

The Red-snapper fish-head that came along inside the steamboat was of cooked deep-fried style, consisting flavours of a much richer taste due to the fried-oil from the fish that is being soak inside. 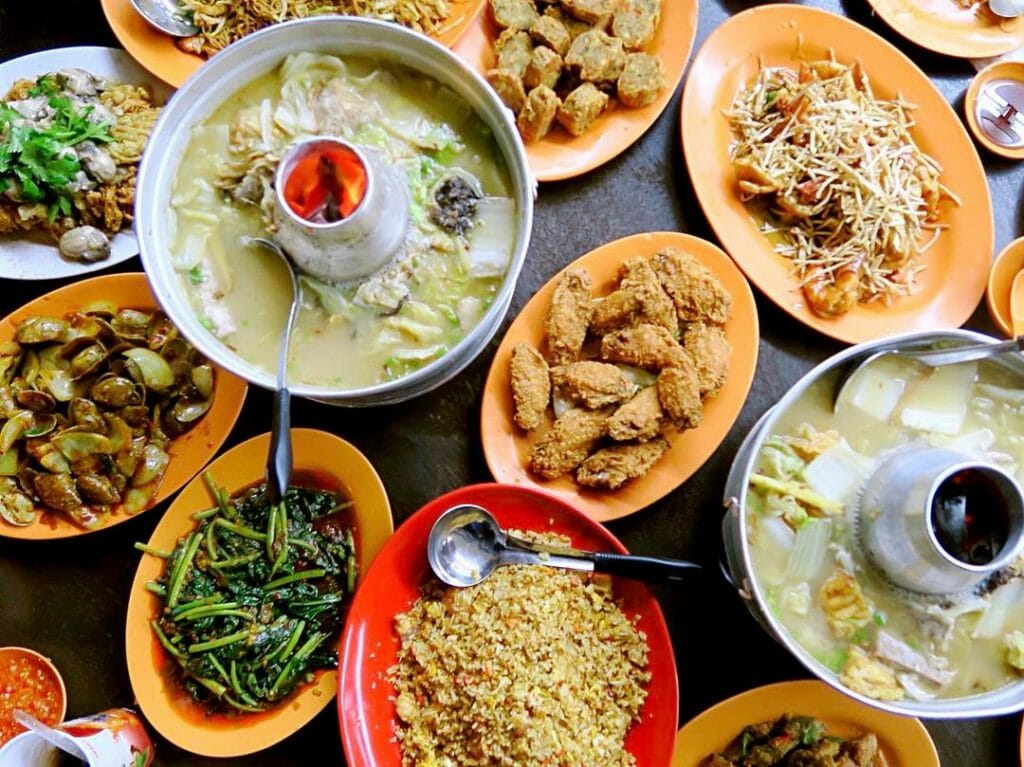 ​The highlight of the soup is actually first prepared from the broth, which uses chicken feet that are immersed inside hot water, after which they are then prepared using a mixture of the above-mentioned ingredients to make the broth richer, thus carrying a well balanced taste of having the essence of chicken too!

​The soup itself tasted so comforting that you can never get enough. And much to my delight is the fact that the restaurant offers a free refill of the soup, which is a definite plus-point!

​Apart from that, their Sambal Kangkong with cuttlefish is also the bomb as the cuttlefish given are huge in size.

The chefs give a very generous portion of cuttlefish, which are very chewy in texture! The Kangkong vegetables are also well-cooked with sambal, while allowing the cuttlefish to be also fully immersed with the flavour from the sambal as well!

​The next dish which is the prawn paste chicken wings is also highly recommended due to how crispy and flavourful it is with every single bite!

The prawn paste chicken wings are first marinated in a putrefied prawn paste before deep-fried by a separate chef in a different kitchen at the side, who specialises in frying the food!

​Along with it was also a sweet chilli sauce to complement with the overall taste of the chicken wings!

Fried specialist-chef at work!
​All in all, this place is highly recommended if you are into great food and are willing to sacrifice the comfort of air-conditional & service! Definitely a place that you want to be here especially on a rainy day, where indulging over such a heavenly steamboat is indeed one of the best paradise that you can ever ask for!