Skip to content
Japanese food is one of my all-time favourite cuisine in the entire world that I can never grow bored without indulging, especially for its ultimate fluffy & soft rice grain that are unlike any others!

To spot a good eatery that offers this cuisine in Singapore is not at all a difficult task unless you are mentioning about locating it serving at a typical hawker stalls instead!

Well, I am referring to quality & affordable food pricing which I am equally delighted to have chanced upon this stall by the name of “Kazan Japanese Cuisine”. 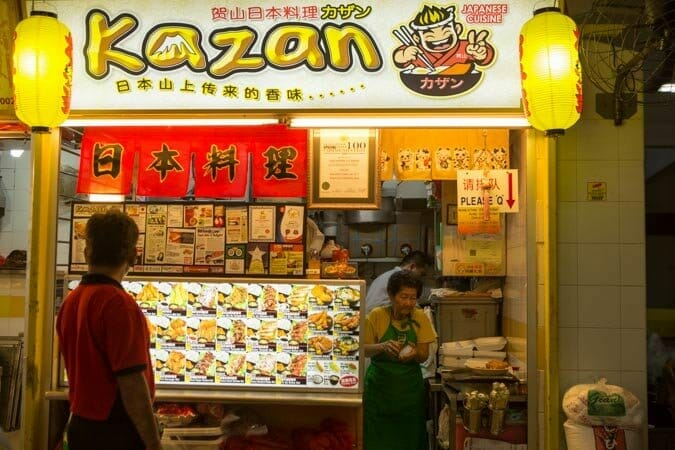 Situated in Chinatown Complex Market & Food Centre, it is definitely one of the best food choices to indulge in when you are over here!

I could clearly remembered patronising my favourite Japanese stall in Golden Mile Food Centre whenever I needed to fix my craving, but ever since that stall has decided to ceased its operation, I was totally in a great saddened lost.

​“Kazan Japanese Cuisine” is definitely the new found love as it offers an extensive wholesome food menu which will indeed spoilt you for choices! 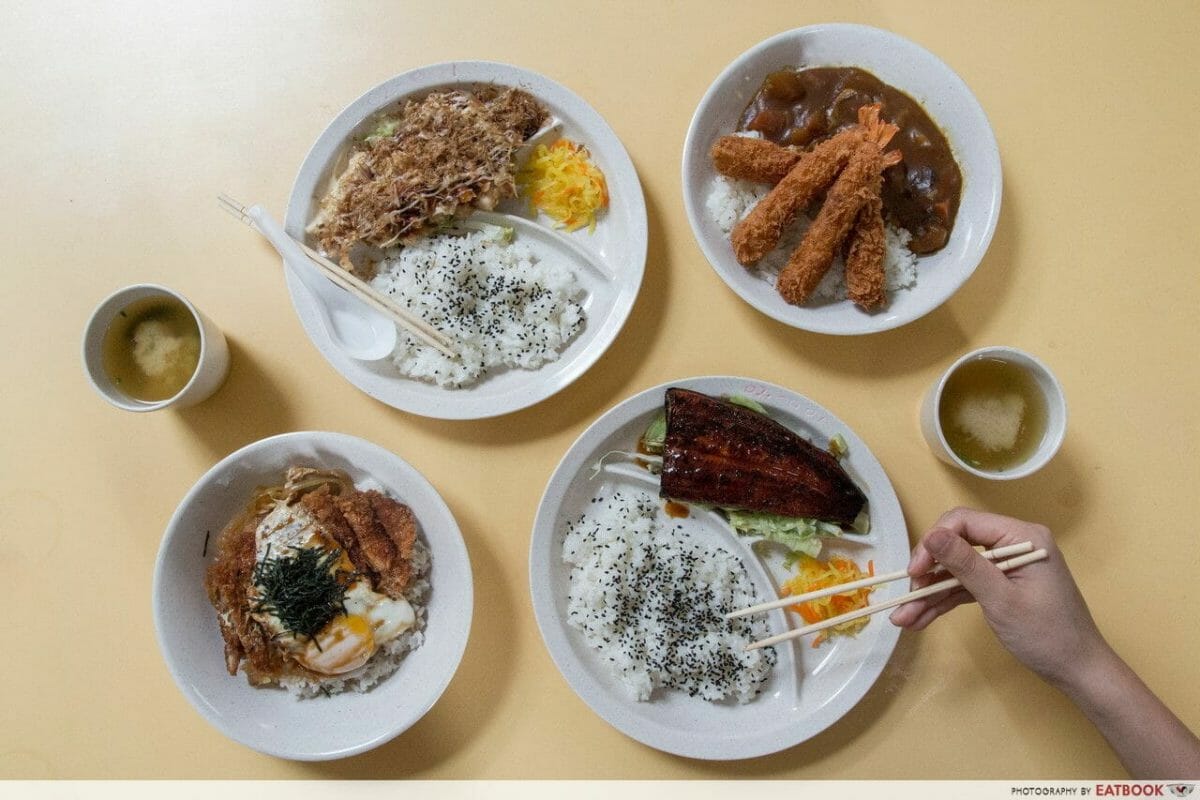 I simply love the facade of the entire shop that gave me all the traditional Japanese vibes which is a sign of pride and passion that really sets me a good first impression!

Having such qualities, I was indeed not surprised at all to have chanced upon its credentials of having being featured in numerous newspaper articles, as well as clinching food awards that can be seen neatly placed at the front of the stall itself!

​The stall owners are rather very friendly and humorous when I curiously approached them during odd hours if they are still running in operation for the day!

Opening hours!
I have heard from some folks that both of their Salmon Teriyaki Set & Chicken Teriyaki Set are the must essential dish to order when you are over here! 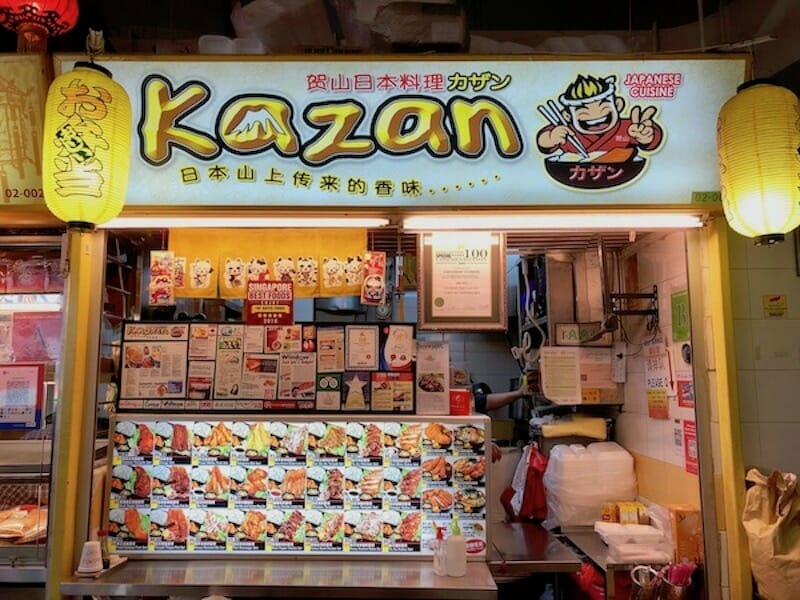 In fact, the entire menu was so nicely done up that everything looks equally delicious!

​I eventually settled down with their Chicken Teriyaki Set which is one of my favourite Japanese dish, to try it out for myself.

​Despite the usual self-service dining etiquette here in a food centre, the friendly stall owners casually invited me to have a seat first while they prepared and served over my order!

Their Signature “Chicken Teriyaki Set”!
As legit as it looks in the food menu, the food dishes that are served here are definitely the real deal!

Bearing the similar trait of an authentic Japanese bento set, the overall presentation of each dish does not fall short of a restaurant’s standard in my opinion!

I really love the vibrant colour that are being brought out from the set, showing a very well balanced combination of ingredients that are so comforting even before taking a bite!

​Just solely on the appearance wise, I am totally awed and hands down by their passionate attitude towards their craft!

Such vibrant colour of food presentation!
The meat of the chicken had contained a light & fried fragrance that is coated with sweet teriyaki sauce.

There were also some fragrance of fresh cabbages that are built upon the taste of the meat, bringing out a similar taste of indulging over a McChicken burger from McDonald’s!

I enjoyed the meat as it has a good & tender texture with every bite, as well as a nice layer of skin on the outside that has adequate crispiness to it.

​You totally cannot miss out on the mayonnaise sauce that comes along with the chicken, as it really elevates the entire flavour with its sweetness, bringing it to a whole new level!

Whenever I would get the chance to indulge in Japanese cuisines, the rice factor plays a very big important part in determining if a particular dish is worthy enough to be called the best.

Well, we definitely have to take into consideration of the setting and the price that you are paying for.

​It was cooked in a nice texture that contains delightfulness just as when you feel the individual grains in your mouth with every bite!

I also enjoyed the bowl of miso soup that came along with every set meal as it provides a great compatibility in cleansing down your throat from all the flavours, before digging in for more!

The miso soup that was served here was very light and refreshing that contains some seaweed & tofu ingredients that are being added!

​Indeed, it would had been a complete meal of indulgence if there were some fruits given such as a slice of watermelon to end off the entire meal with a good touch! ​

Generous seaweed & tofu ingredients!
​To sum things up, it is definitely one of those meals that I felt totally happy and satisfied after savouring over the goodness!

I would totally have to credit that the overall balanced of sweetness from this meal had totally brighten up my mood.

One particular small aspect that I have noticed in the preparation thoughts of the chefs, would be the inclusive of some sweet & sour pickles to kick start the customer’s palate before digging into the main dish!

This is definitely a plus point for their thoughtfulness to ensure a balanced hearty meal, although it would had been perfection if fruits were included as well! Nonetheless, judging by such affordable pricing, food portions and quality that one is getting for, this is no doubt one of the best picks from a Japanese hawker stalls that you can simply ask for!