Skip to content
If there’s one thing to be certain about my all-time favourite noodle dish, it will definitely be the irreplaceable Ban Mian noodle!

Definitely, we are focusing our context into the local Singapore food scene & hence chucking aside my other favourites such as Udon & Ramen. 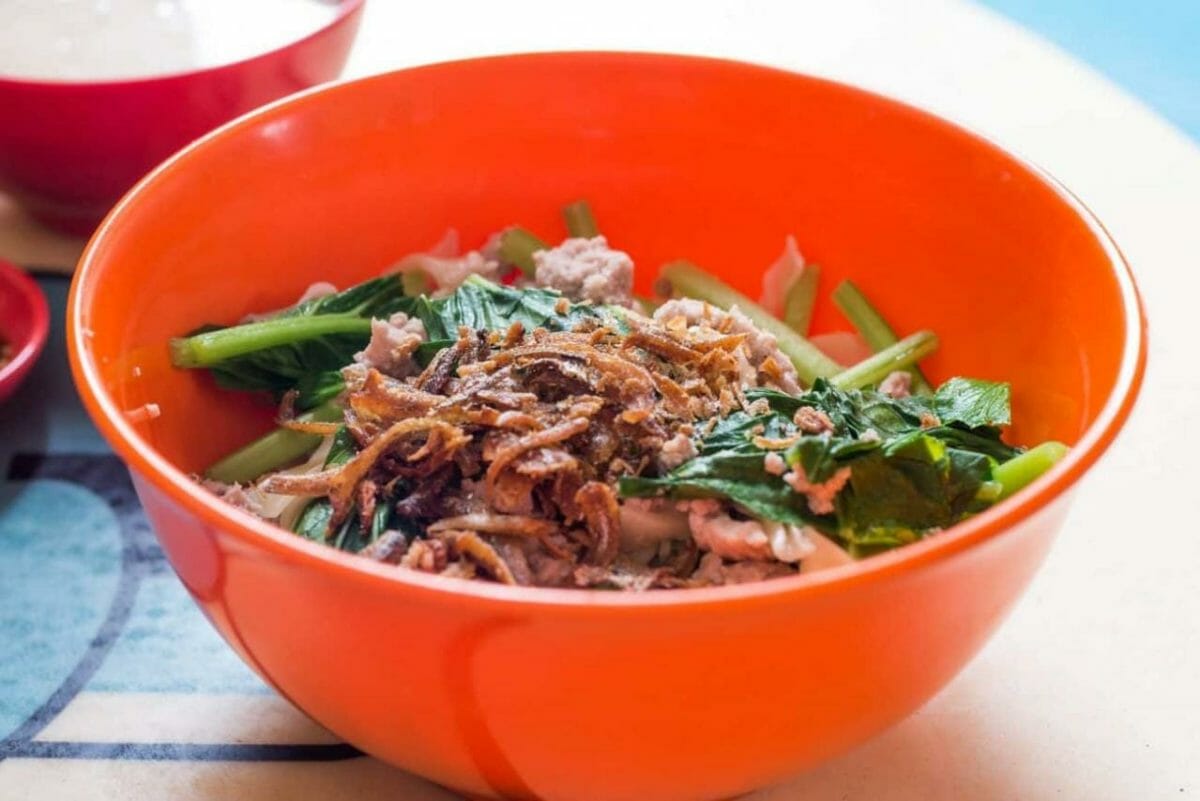 Today’s epic encounter brings us across the island to a district in Geylang which is ultimately known for its night life activities & not forgetting on the abundance of good food that it has to offer here too.

​“L32 Hand Made Noodles” would definitely be your best bet for redefining what a Ban Mian dish should actually taste like!

​As superb as it sounds, one would not be surprised to find the entire stretch of coffee shop to be filled with tables of orders where the hungry locals would flock over from all parts of Singapore, just to get their tummy recharged!

Indeed, “L32” reputation for its superb bowl of Ban Mian has became such a popular household name by the locals & I was definitely regretful in a way for not knowing it earlier! 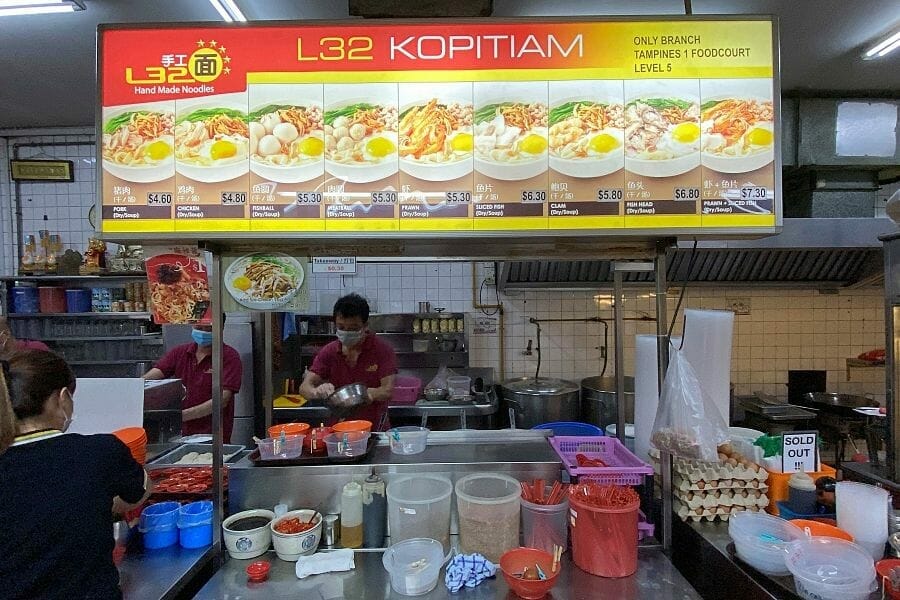 The food menu here are rather extensive that spread across pork, chicken, prawn but just to take note that they only sell handmade noodles as their only default dish, thus supporting its claim for being an expertise in this area of craft too!

For a typical Chinese meat lover, I always love to have my soupy dishes to be cooked up with the ingredient of pork as the broth would tend to be more richer, sweeter & tastier as compared to a chicken broth.

I settled down for their Pork Ban Mian (Soup) which definitely came serving in a colourful, robust & in a unique presentation of its saucer of chilli stacking over the pair of chopsticks.
​
Despite the ongoing hectic crowd, the workers still take pride in their work which is definitely worth commendable! It is definitely a bowl of delight that you would totally die waiting for just by looking at the amount of ingredients that are beneath the broth, making myself instantly salivate at the robust looks of it. 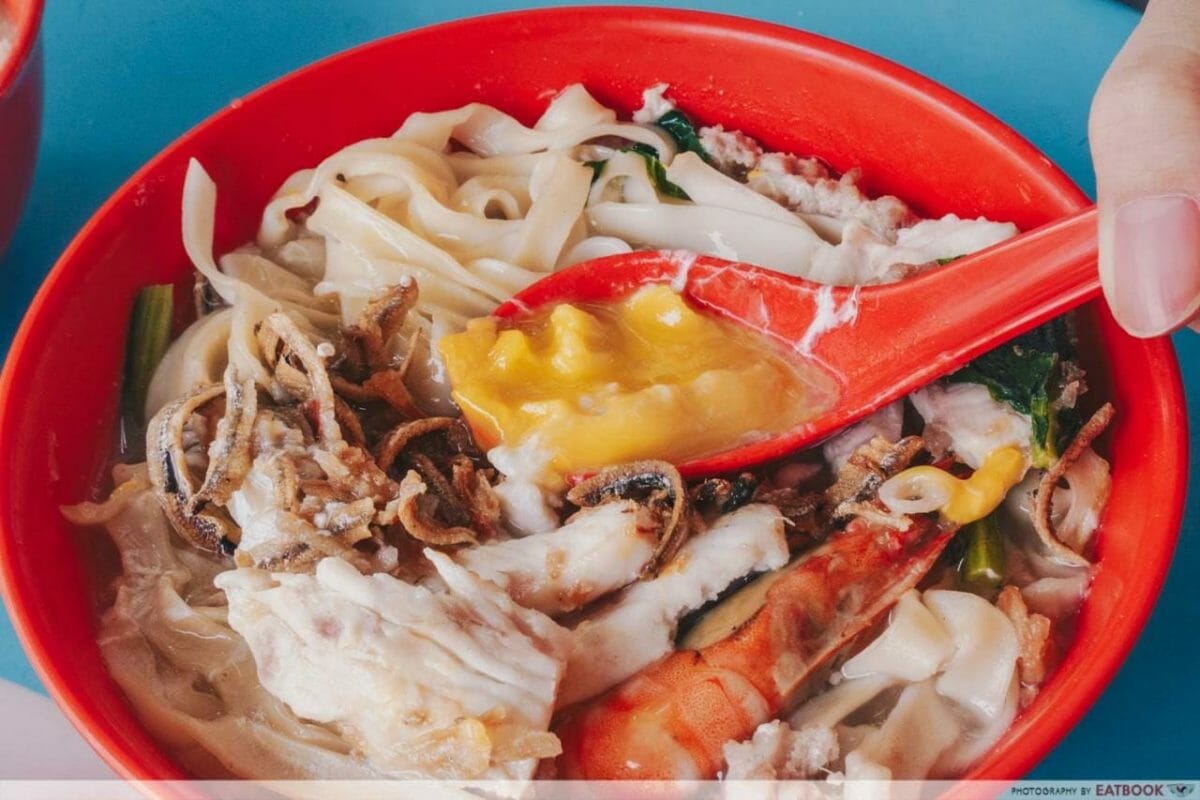 The pork broth was prepared in a very light & comfortable mixture of ingredients such as egg & green leafy vegetables that are all-rounded balanced as a whole together.

It is not that porky like some, perhaps it is due to the main ingredient of using minced pork slices instead which is just to elevate the sweetness of the broth & that slight touch of nice pork essence to it.

I also love how chewy the minced pork slices were as it is also freshly prepared with every bowl, as well as the addition of some fried anchovies that has also flavoured up the entire broth as a nice touch of saltiness to it too!

If there is one thing that I can die for a superb strands of noodles, it will definitely be the ones over here!

The noodles here are all specially handmade on its own, where the texture of each individual strand is so delicate that it can totally slurp through your mouth with every bite!

I really enjoyed the flour fragrance of the noodles that indeed every bite was definitely worth cherishing that I could not contained the amount of happiness I had.

​The noodles was also well commendable for its great absorption of the soup, allowing itself to be fully immersed with tons & richness of flavour from that scrumptious broth.  ​

Such delicate strands of Ban Mian noodle!
If you are a superb spice lover, be sure not to missed out by adding in that complementary saucer of fresh chilli!

The chilli is certainly outstanding that gives off that “unforgettable” kick in spicy flavour, bringing the entire Ban Mian dish to the next level.

I totally could not have forgotten that level of spiciness which I would strongly advice on a word of caution to be careful when adding it.

​Nonetheless, it is definitely an essential must to brings out a different side of the overall dish, thus putting it to a plus point factor which I must agree on!

Flavouring it up with some chilli!
​In a nutshell, this is no doubt a dish that defines the term, “An ultimate comforting paradise” which would definitely sets you all ready to be craving for it the next time.

I am certainly glad to have finally clocked down a legitimate bowl of Ban Mian dish that really redefine the taste standard it should have.

Taking a step back from all the rice dishes, this is one that you totally must try, be it as a true blue Singaporean or just a tourist who are keen to immerse in the local food scene!

​Trust me, after having this bowl of Ban Mian dish, you would never look at it the same way again!