Skip to content
My favourite culinary method of all time would probably be cooking any dish inside a claypot! The use of claypot brings out another different kind of fragrance because heat is able to be retained longer inside it, thus allowing the food to stay warmer for a much longer period of time! ​Today’s main focus will be one of the Uniquely SG dishes that is Claypot Rice! This particular stall, “Lian He Ben Ji Claypot” located at Chinatown Complex Market, serves a delicious piping hot claypot rice with a mixture of chicken and numerous ingredients all cooked together!

​To dine at this stall would require a bit of effort – it is strongly recommended to call in advance to do booking in order to minimise the long waiting time that could go up to a minimum of 1 hour at least.

Visiting this stall also offers an eye-opening experience especially on the meticulous preparation involved in creating this perfect dish! The claypot rice is organised and cooked in 3 rows where each row represents the difference in time needed for the dish to be fully cooked!

Each row consists of about 6 claypot rice being cooked at a time and a total of 3 rows would meant that 18 claypot rice are in the midst of preparation in 1 complete go! Starting with the first most bottom row to the top, the flame of the fire is organised from the biggest to smallest! 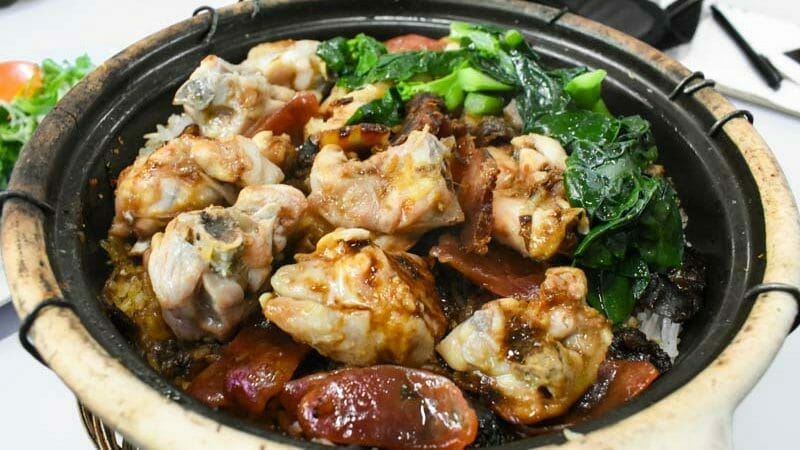 The biggest flame used in the first bottom row is for claypot rice that have just been prepared & the top last row is for those that have been almost fully cooked & are ready to be served. The chef will then reorganise them by moving the claypot rice up from the one row to another when it has met the respective row’s “standard” of well-done.

I ordered their signature claypot rice along with a black chicken herbal soup to complement it! Our claypot rice came in a piping hot serving and we could immediately smell the fragrant aroma coming off of it, leaving us with a mouth-watering expression even before tasting!

The whole pot looked aesthetically pleasing, consisting of a large amount of “treasures & goodies” from the surface and hidden beneath it! There were numerous ingredients that came along with it such as Chinese sausage, chicken thigh meat, salted fish & green spinach!

​We also added the extra celery leaves & some dark soy sauce, mixed with crispy deep-fried shallot oil that came along, for an extra punch in flavours! 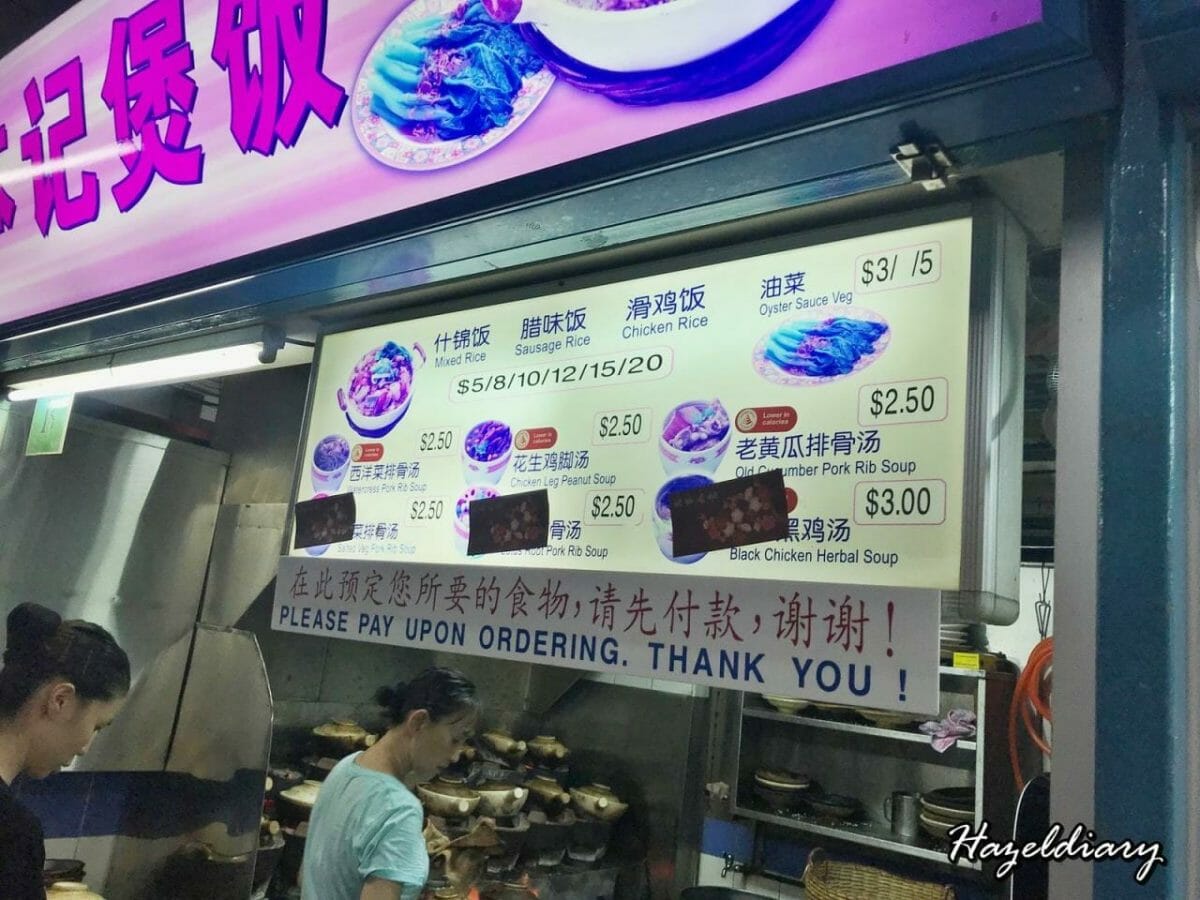 The rice itself tasted absolutely fragrant with the strong flavour absorbed from the essence of the chicken &, since it was still piping hot from the claypot, the heat having allowed the chicken and the “dark soya sauce, mixed with crispy deep-fried shallot oil” to continue to be further cooked together!

​The chicken thigh also tasted deliciously good as it was tender and firm in texture, while the salted fish helped to add an essence of slight saltiness to the entire dish! I especially loved their Chinese sausage as it was very sweet and chewy in texture, allowing itself to create a balance with the saltiness from the salted fish!  ​

​​While indulging in the piping hot claypot rice, it is inevitable that, at some point in time, one would feel the dryness coming from the rice itself, but the black chicken herbal soup helped to make up for that!

The soup was well-boiled with the black chicken having been soaked in various Chinese herbs & spices, thus producing a very soothing & refreshing taste with every spoonful, “clearing” off the dryness from the claypot rice!

A bowl of black chicken herbal soup!
​As a whole, it was truly a satisfying meal using the cooking style of the claypot, to produce something so irresistible to savour! The fact that this dish was also meticulously prepared leaves the confirmation & thumbs up for it to be in the food list of Uniquely Singapore!
Lian He Ben Ji Claypot Rice (联合本记砂煲饭)